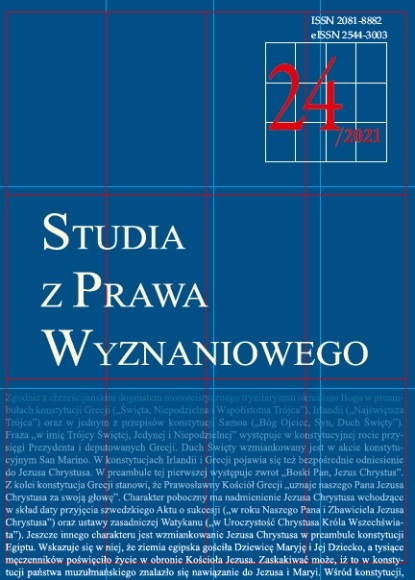 Summary/Abstract: This article addresses the question of the sufficiency of the guarantees for religious upbringing in current Polish law. Parents have a natural right to take action in shaping the psychological, mental, spiritual, moral, philosophical and religious development of their children. This is rightly reflected in the Polish constitutional regulations, which prevent imposing patterns of upbringing and shaping children’s attitudes and convictions against the will of their parents. Likewise, the provisions of the international agreements for the protection of human rights are usually not confined to general guarantees of the freedom of thought, conscience and religion of every person. They often protect parents’ rights over their children’s moral and religious upbringing. The Polish primary and secondary legislation in line with these standards. Irrespective of their religion, everyone is ensured the opportunity to receive religious education at school. It can thus be concluded that the right of parents to the religious upbringing of their children is afforded relatively broad protection in Poland. Its possible limitations may be due to improper application of the law. This issue, however, deserves a separate analysis.