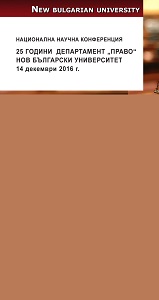 The Law Department of New Bulgarian University is organizing a National Scientific Conference dedicated to its 25th anniversary. In focus of the discussion is the development of Legal Science and Education in Law from "Artes Liberales" Education perspective. The forum continues the tradition to provide a platform for research and creativity for academic staff at the Department on an annual base. 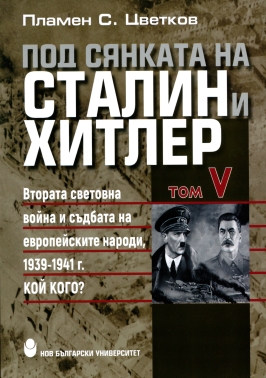 The fifth volume, the last of the Under the shadow of Stalin and Hitler series dedicated to the fate of the European nationas during Stalin's alliance with Hitler, describes the military coup in Belgrade, the preparations for the attack and destruction of Yugoslavia, the occupation regime in Belgium, the surrender of Greece, the bargain for the new boundaries of Southeastern Europe, the anti-British uprising in Iraq, and Stalin's decision to take over the post of a leader of the Soviet Union, the fall of Crete, Hitler's talks with Boris III, Ante Pavelic and Ion Antonescu, and the German Declaration of War against Russia. In the final "Conclusions and lessons", the author shares: "Without the Soviet-Nazi Alliance created by the Nazy-Soviet Pact of August 23, 1939, World War II in Europe would never have erupted. This alliance predetermines the position of forces on a global scale for the next half century. The ultimate winner of World War II is Stalin. The strategic winner, however, is the United States, but democracy will fully realize its victory only with the fall of the Berlin Wall on 9 November 1989 and the end of Communism in Eastern Europe. " 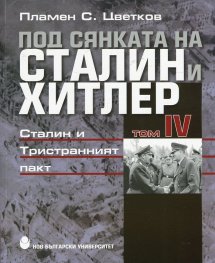 In the fourth volume of the five-volume series "Under the Shadow of Stalin and Hitler" about the fate of the European nations during the alliance between Stalin and Hitler, the creation of the Tripartite Pact that lead to the Second World War, signed in Berlin on 27 September 1940, signed by the foreign ministers of Germany - Ribbentrop, Italy - Chano, and Japan - Kuruzu, and set terms of Stalin, have been analyzed. The First and Second Enlargement of the Pact, the accession of Bulgaria to it, as well as the Balkan and European situation between Stalin and Hitler were discussed. 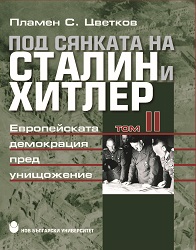 The period after the North or Winter War between Soviet Union and Finland was shorter than a month, but allowed the Soviet-Nazy Alliance to regroup and better plan their strategy of invading Europe. While the public interest was still focused on the situation in Poland, allies freely expanded the front line, whereas Germany seized Denmark, Luxembourg, Belgium and the Netherlands, and the culmination of their campaign - the occupation of Norway and France; and Russia took full control of the Baltics, after crossing over Lithuania. Some European countries to escape worse fate declared neutrality. The paralysis of Europe and the inability of the European governments to react and take adequate measures against this aggression seemed as the end of Europe and democratic ruling. At that period, Winston Churchill became a Prime Minister of the United Kingdom and nobody could envision how significant influence his policy will have and lead to a turnabout on the global political scene. 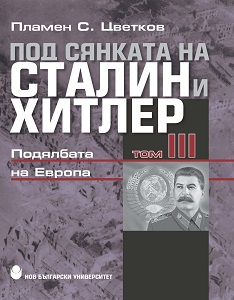 In the third volume of the five-volume work on the fate of the European nations during the alliance between Stalin and Hitler, the reader will find a detailed account of the finalization of the devastation in Lithuania, Latvia and Estonia and annexing Bessarabia and North Bukovina, going beyond the pre-arrangements with Hitler, from Stalin. Frustrated by the rapid Soviet expansion, the German leader brutally enforces his decision on Hungary's claims for Transylvania, annexing that part, while guarantying the sovereignty of the rest of the Romanian territory, triggering sharp reactions from Soviet Union side. 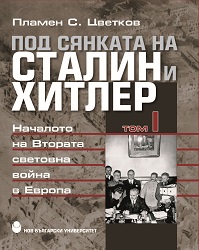 What is World War II? When does it start? These, seemingly, easy to answer questions have a surprisingly too many diverse answers. Compared to Word War I, the later is subject to much more unpopular views, in both, public and specialized literature.There are too many distortions, subjectivism and deliberate concealment of basic facts. Many are convinced that World War II in Europe started with Germany's attack on Poland, while in reality Poland has been invaded at least 17 days in advance from Germany and then from Russia. For example, few know that the Soviet-Nazi Alliance, signed with the Non-aggression Pact on 23 August 1939, began to act as the closest combat co-operation in the first hours of the invasion of the "Wehrmacht" on September 1. 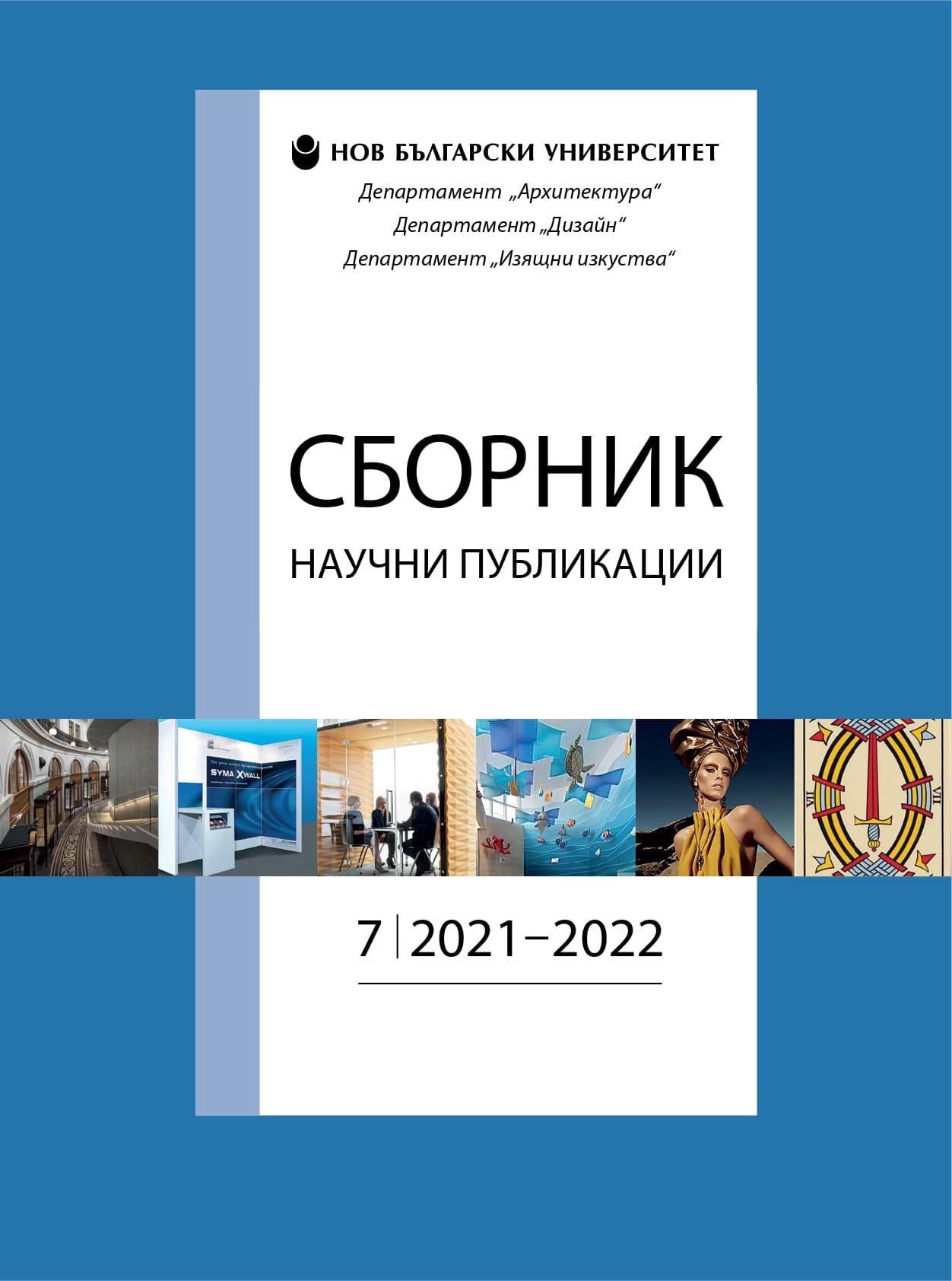 Frequency: irregular and other / Country: Bulgaria

The collection with scientific publications was mainly created by the “Design” department but it is also a collaboration with the doctors and assistants from “Architecture” and “Fine Art” departments. The current collection book is number four in a row. It popularizes the latest tendencies in the architecture and design aspects of the art. The articles contain lot of illustrative materials (photos, pictures, etc.). The topics inside, help the public get better idea and extend the knowledges amongst professionals and the students at the New Bulgarian University, who are graduating in these programs. 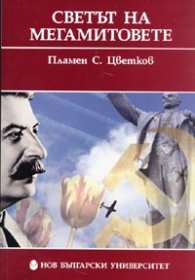 Myth and mythology may be defined as an attempt of the human being to put some order in the way of perceiving the surrounding world that appears as chaos. However, those who want to justify their absolute power by a simple and self-evident explanation can easily manipulate this longing for myths, the more so as myth is also a kind of fairy tale. On the other hand, a lie is never hundred percent untrue: it is a combination of obvious facts with half-truths and with sheer untruths. 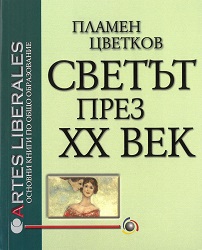 Ignorance towards world history can lead to severe distortions in the national psyche. Even today, Bulgarians either rejoice as the greatest nation, surrounded by enemies, for some reason, or as a hopelessly lagging nation. The book offers the most fateful events and processes from the history of mankind in the twentieth century. During this century, people entered space, found the computer but at the same time faced the threat of nuclear self-destruction and were struck by a new type of plague known as AIDS. The planet became narrow. Clothing, life-style and food are uniform. The globalization, symbolized by both McDonald's fast food and Chinese restaurants, has its furious opponents, but also enthusiastic followers. Current Handbook aims to acquaint students with those historical events and processes in the history of Europe and the world in the twentieth century that directly impact human civilization, and the beginning of the 21st century. Therefore, the approach is not typical for historical science - events and processes are not chronologically but problem-based considered. 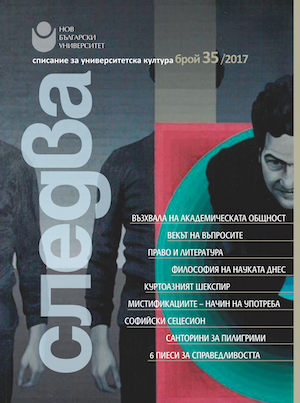 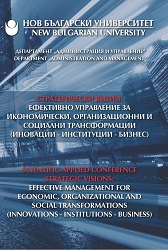 The Scientific and Practical Conference "Strategic Visions: Effective Management for Economic, Organizational and Social Transformation (Innovation - Institutions - Business)" analyzes trends, approaches and possible alternatives to our present development. With a variety of perspectives, basic theoretical-applied comparative analyzes, models and tools, but also offering modern visions to integrate different sciences and a conglomerate of interpretations of strategic visions - key in making effective economic, management and policy decisions.Discussion and specific questions put in the international student aptitude for pluralism in economics, management, business and their projections on the demands of universities, geopolitical realities and ways of designing a world with a vision - taking into account the "codes" of national and regional features but also the possible alternatives for turning the EU into a self-evolving system.Studies and relatives are presented regarding the theoretical and applied models of strategic thinking and management for the different institutions, giving an account of the factors, parameters of the organizational and business environment, while offering not only management solutions for their effective interaction, influence, necessary incentives, but also possible criteria for competitiveness in administration, business and tourism. 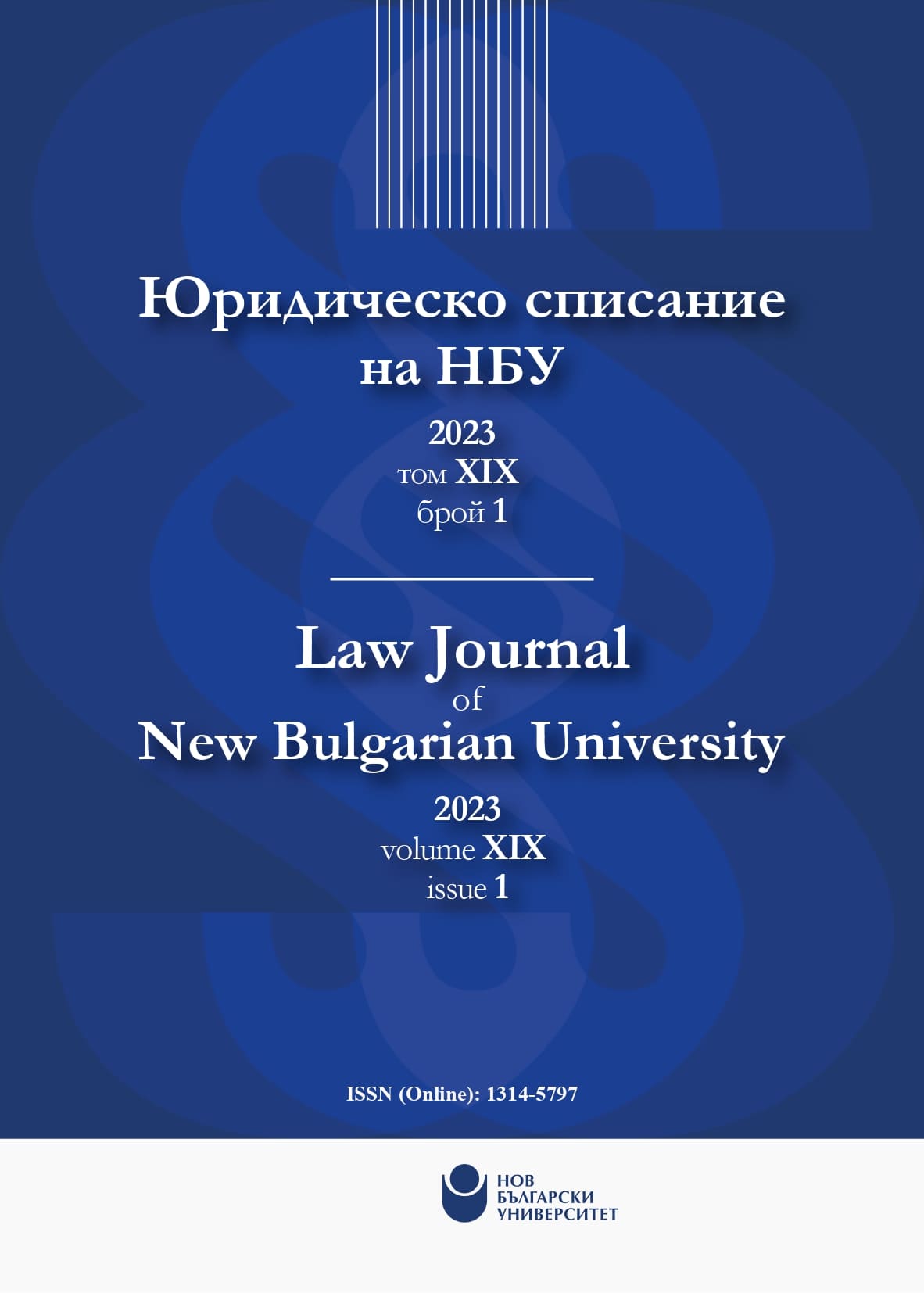 Frequency: irregular and other / Country: Bulgaria

Law Journal of New Bulgarian University (NBU) is the official forum for the lecturers, PhD students and alumni from the Depatment of Law, NBU. It is published since 2005, and is the first electronic legal journal in Bulgaria.

It encourages local lecturers, PhD students and Masters to share their research outcome with the professional community. Special emphasis is placed on contemporary developments, but the journal's range includes jurisprudence, legal history and case studies.

The Law Journal of NBU is tracking interesting and current events (conferences, discussions and seminars) with the participation of students from the Law Master Program and their supervisors, which reuslt in publishing the best of their findings.

An important section of the journal is the one with literature reviews, in which members of the NBU Department of Law analyse recent titles of their colleagues.