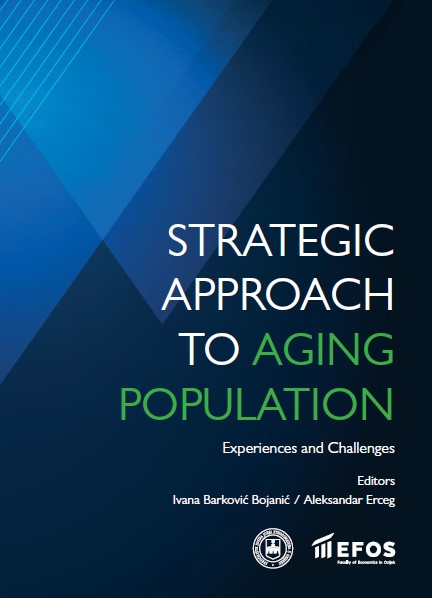 Author(s): Tado Jurić
Subject(s): Demography and human biology, Gerontology, Migration Studies, ICT Information and Communications Technologies, Socio-Economic Research
Published by: Sveučilište Josipa Jurja Strossmayera u Osijeku, Ekonomski fakultet u Osijeku
Keywords: population aging; digital demography; Google Trends; periphery; the fertility rate;
Summary/Abstract: This paper demonstrates a model for predicting natural population change (the number of live births) with digital demography approaches. We demonstrate that this prediction model significantly improves forecast accuracy over several cross-validation criteria. Prediction is done by means of the analytical tool Google Trends, and in the context of the pandemic crisis, the number of births in 2021 will be just 87% of what would otherwise be „a normal year” in Croatia. We estimate that between 12 and 14% fewer children will be born (from 3,400 to 3,800), i.e., about 32,000 – 33,000. Croatia is on its way to becoming an excellent nursing home of the European Union. The causes of natural depopulation in Croatia are complex and intertwined. Increased emigration, demographic aging, the white plague, and challenging economic conditions have a disincentive effect on the natural population change. The country has already unquestionably lost the core of population that creates new generations. Namely, in the last seven years alone (since it became a member of the EU), Croatia has lost 50,000 pupils and gained 50,000 new pensioners. Today, Croatia would have 10% more pupils if there had not been such intensive emigration of the population after joining the EU, and consequently, it would be younger. A particular problem in terms of demographic issues are numerous areas that are becoming a periphery due to young people migration - with already 3/4 of the country being a periphery in the cultural and economic sense. In this paper, we discuss the assumption that emigration and population aging is a process primarily shaped by the lack of modernization policy. The EU, which systematically neglects the demographic issue in the center-periphery relationship, also plays a profound role in this process of mechanical and natural population change in Croatia.