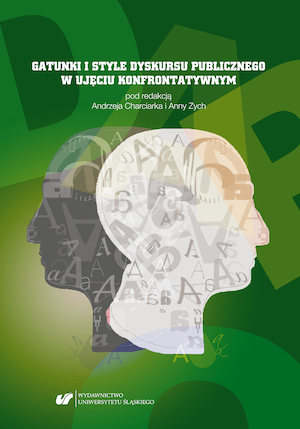 Author(s): Marzena Makuchowska
Subject(s): Language and Literature Studies
Published by: Wydawnictwo Uniwersytetu Śląskiego
Keywords: Catholic Church; religious language; post-Conciliar image of the Church; metaphor; cognitive concept of metaphor; personification; creation of the sacred;Pope Francis;
Summary/Abstract: The article presents the metaphors of the Church that the Catholic Church uses in its own contemporary discourse. The term Church (Latin: ecclesia) has been represented for centuries by means of images, so their rich and well-known stock (vineyard, fold, ark etc.) has already been created. The author, however: 1) focuses on metaphors that create the image of the so-called the post-Conciliar Church, contained in the documents of the Second Vatican Council and in the statements of Pope Francis, 2) shows the use of conventional images in their traditional form, but also in new meanings, 3) extracts conceptual metaphors (Lakoff, Johnson 2010), whose metaphorical character is not even noticed, and which play an important role in teaching about the nature of the Church and its mission today.The main presentation of the results is preceded by a discussion of the metaphor function in religious language and in teaching about the Church. The subject of religious language is the transcendent world, inaccessible to human cognition, so it is believed that metaphors are means of indirect speaking about this world, so that it becomes imaginable and understandable for people. S. Sztajer (2009) sees the more radical role of the metaphor, claiming that (along with the symbol and myth) metaphors construct, and do not describe the world of the sacred, do not extract similarities between the initial and source domains, but they produce these similarities. In Catholic teaching, the Church is a dual nature: supernatural and earthly. Metaphors are needed above all for the supernatural. As the research shows, they draw from ordinary human experience, but are also consciously modeled, in accordance with doctrinal teaching and in a way that is to arouse positive feelings for the Church, inspire specific attitudes and actions.In the analytical part, the following metaphors are discussed in turn: the Church is the 􀄕eo􀄕le of God, the Church is the 􀄕eo􀄕le 􀄕ilgriming on the way, the Church is a container, the Church is a mother, the Church is a 􀄕erson (mother and father), the Church is a bride of Christ. The metaphor of God’s people emphasizes the community’s vision of the Church and close relationship with God. In the image of pilgrimage, God/Christ is a destination, a guide and a companion. Pope Francis positively values spaces off the road (other roads, the edge of the road, the periphery, wilderness) where the Church should go to reach all people. As a container (mainly the house of the Father), the Church is to have the door opened, both for Christ who wants to go outside, and for people, so that they can enter inside. Personifications (mother, father, bride) primarily evoke the image of relationships characterized by emotional closeness, love and mercy. Francis does not continue the traditional representations of the severity of God the Father contrasted with the gentleness of Mary Mother, and the Pope’s God shows maternal features. The image of the Mother Church in the conciliar documents also combines female and male traits, reaching far beyond the traditional stereotype of the mother realizing herself at home. As one of the world organizations, the Church is the subject of international public life, taking part in matters of very high rank, and its activities are institutional. The Church performs advanced mental activities (considers, considers, recognizes, values, etc.), expresses firm will (proclaims, rejects, strictly forbids etc.), its image thus exhibits the features stereotypically attributed to a man who has important functions in world.There are two conclusions: 1) metaphors not only allow us to think and talk about the Church, but also to create its desired image. The feeling of “adequacy” of this image and the power of persuasion derives from fitting not with the supernatural world, but with the reality of this world and deeply grounded (e.g. in stereotypes) human knowledge about how it works; 2) the need of today is the Church serving people here and now, in this world and in this life, and not only in eternity or after death. That is why there are no metaphors with eschatological meanings.