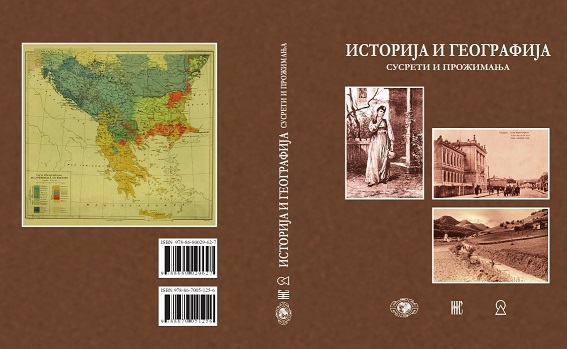 Author(s): Željko Bjeljac, Aleksandra Terzić
Subject(s): Civil Society, Local History / Microhistory, Political history, Social history, Victimology, WW II and following years (1940 - 1949), Peace and Conflict Studies
Published by: Institut za noviju istoriju Srbije
Keywords: Bačka; Baranja; 1941–1942; civil victims of war; analysis; Hungarian occupation; raid;
Summary/Abstract: This work is focused on the Bačka territory, historically-geographical region located in the northern part of Serbia. It covers the period from 11 April 1941, when, in The Second World War, Hungarian army entered the territory of Kingdom of Yugoslavia with the goal of conquering, creating the government and incorporation of Bačka to the Hungarian state, until the end of the 1942. Hungarian government and army, in this period, with the goal of straightening the lasting power in occupied Bačka, by using the military power, had created the state that should had brought the numerous economical and moral-political empowerment of the Hungarian element. They were making the arrests, repression, forcing the emigration and deportation of Serbian and Jewish population as well as doing the mass executions of civil population. The paper is methodologically based on data collected within the engagement of Survey bureau of the Council of AP Vojvodina named ,,The truth about the events in Vojvodina 1941–1948“. In this publication the civil victims are namely documented, by sex, age and location of death, as the analysis of the existing documents and publications is done. In this paper the historical representation of the events in Backa from 1941 to 1942 is conducted, as well as demographical analysis of the civil victims (sex, age, national structure).