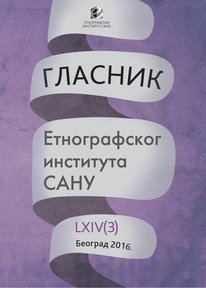 Summary/Abstract: Migrations of population in a particular area and/or at a particular time represent the phenomenon of global proportions. As such, they require multidisciplinary approach to research. The most common questions posed by the individual, but also multidisciplinary scientific disciplines are: Who is moving? Where are they going? Why do they go? What are the natural and economic conditions of migrations? Why do migrations occur and how they maintain over time? Multidisciplinary research of migrations is very important for a more complete understanding of this process, primarily from the physical, historical, economic, ethnographic, anthropological, legal, politicological, sociological, etc. The aim of the paper is to highlight the importance of multidisciplinary research through the representation of some major migrations in Vojvodina in the 20th century. As a subject of research the following has been singled out: colonization (immigration) of population from 1919 to 1930, 1945-1948 (there are some similarities among them (population decline, new social and political conditions and legal regulation, difficulties to get used to new ways of life, mixing folklore and customs with the local population). The paper includes the emigration of the German population from Vojvodina, 1944-1950, as part of one of the largest (e) migrations in Europe in the 20th century. This migration, seen from legal, economic, historical and political aspects has consequences today, during the approach of Serbia to the European Union.