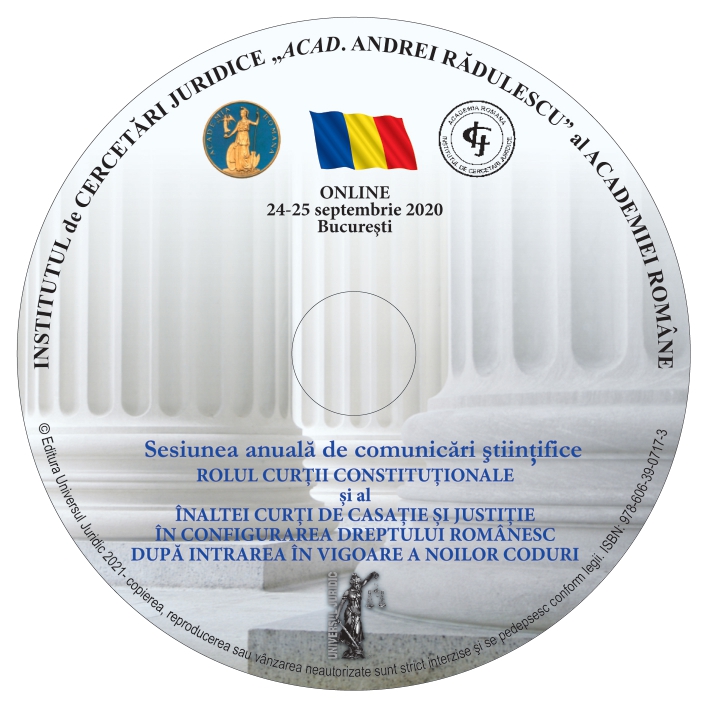 Author(s): Gabriel Manu
Subject(s): Law, Constitution, Jurisprudence, General Reference Works, Source Material, Administrative Law
Published by: Universul Juridic
Keywords: administrative law; jurisprudence; court ruling; source of law; full and free publication; administrative act; legal information; information of public interest; predictive justice;
Summary/Abstract: Judicial practice, particularly in higher courts, is an increasingly important argument for the sentencing of legal disputes, which is also part of a phenomenon that is al so manifested in other systems of law, which is the strengthening of its status of an effective source of law in general, and administrative law, in particular. If, at the Supreme Court level, for reasons primarily concerning its role in the unification of practice, access to jurisprudence is to a decisive extent, the lower courts offer such public service only in a limited and selective manner. The absence of explicit regulation of judgments as information in the public interest and of a regime of access to them, or of the general obligation of courts to make them public, at their own motion or at request, in full, together with the conflicting positions expressed over time by the Superior Council of Magistracy, led to an ununified application of Law no. 544/2004 on free access to public interest information. The projects of online publication of judgments in public-private partnerships are not such as to rigorously satisfy the requirements of the principle of without charge and free access to judgments, and the practice of selecting and publishing „relevant” court rulings creates distrust, in terms of without charge and free access objectives, given the lack of criteria to establish such character. A future law solution is either the explicit regulation of the judgement as part of the category of public interest information, with the establishment of the related regime, or the establishment, by the law of the organization and functioning of the national judicial system, of the obligation to publish the given rulings, in full.