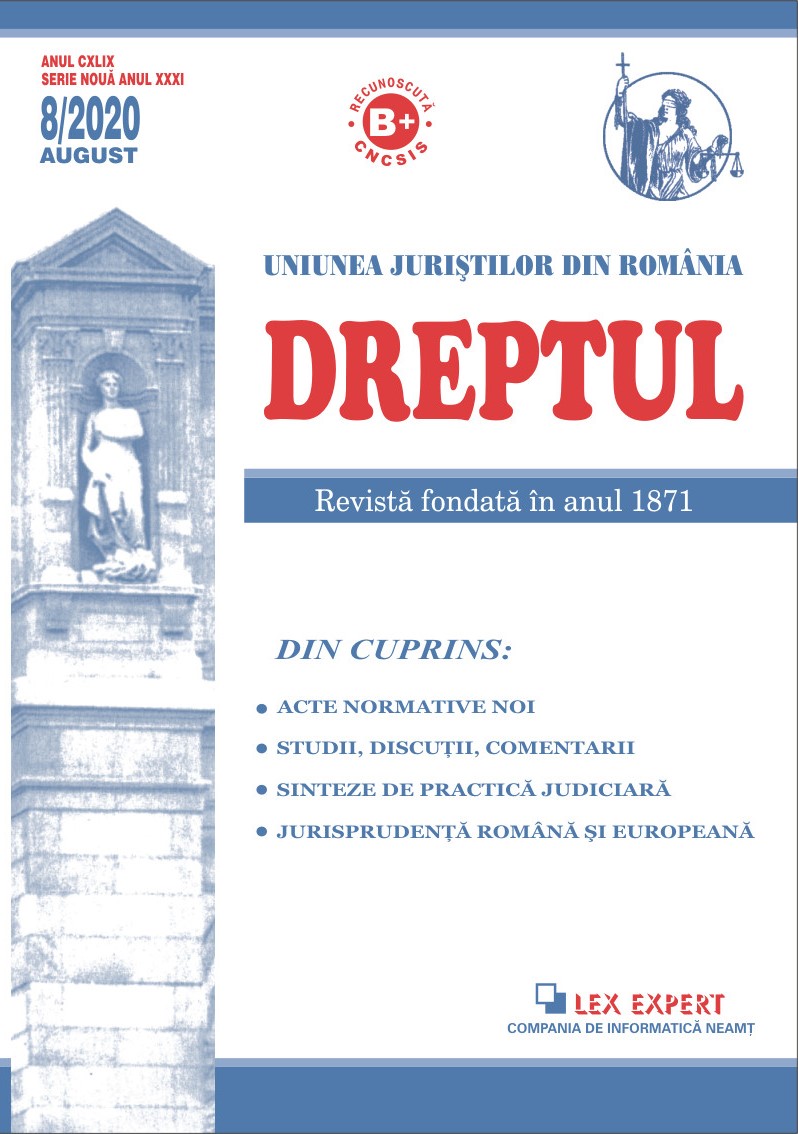 Summary/Abstract: The national system of public administration is subject to the impact of the medical-sanitary crisis in various forms, on all levels of organization, being additionally responsible and obliged to identify solutions of a normative and administrative nature. One of the important negative effects generated by the current medical-sanitary crisis is the impossibility of the administration to ensure the continuity of activities whose realization is conditioned by administrative authorization, by extension/renewal of authorizations, approvals, agreements, etc., making use of some acts during the validity period, in the sense of giving them the effects provided by law, or the exercise of some personal rights, on the basis of some documents (such as identity documents) when they are in the period of validity. The lack of an infralegal normative framework, of secondary regulation, establishing the scope of the documents the validity of which is extended during and beyond the cessation of special states of emergency and of alert and the conditions in which the prorogation of validity operates, leads to a non-unitary application of the normative act of primary regulation, which includes a general formulation, and inevitably at an additional pressure on the specialized administrative contentious courts, which will be notified either by their holders/beneficiaries, or by third parties whose rights and legitimate interests are harmed.