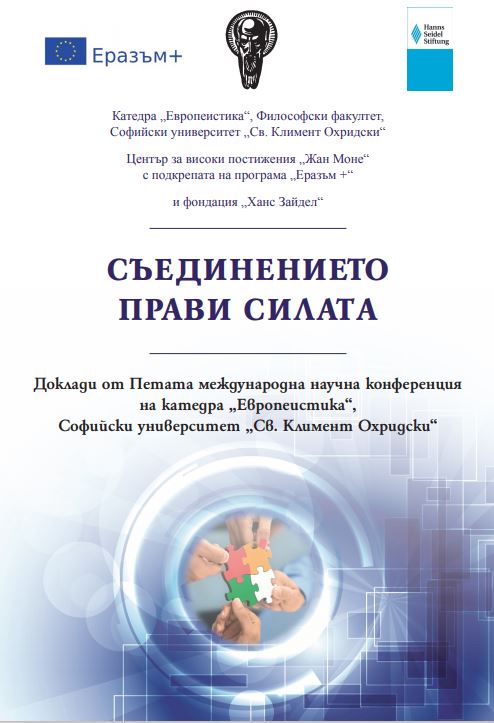 Papers from the Fifth International Scientific Conference of the European Studies, Faculty of Philosophy at Sofia University “St. Kliment Ohridski”, 31 May – 1 June 2018

European Attitudes in Eastern European Countries After the Economic Crisis

Which European Union for the 21st century? Assessing Reform Options

The New Approach of the European Union in Accession Negotiations – the Focus on Chapters 23 “Judiciary and Fundamental Rights” and 24 – “Justice, Freedom and Security”

The Europeanization of the Western Balkans. How far has the EU come, where did it fail and where should it go next?

From Macedonia to Northern Macedonia: How (not) to Solve the Macedonian Name Dispute

„It Is Not Only The Economy, Stupid“ – The Importance of National and European Identity for the Future of Europe

Between Promise and Delivery – Fundamental Rights in the EU

Unchanged and Unanswered Challenges Ahead of Stormy Period

The “Multi-Speed Europe“ – a Reality, Solution and to Discontent of Some – a Necessity

Civil Society and the Preparation for the Presidency of the Council of the EU in Romania. The “EU-RO 2019” Forum