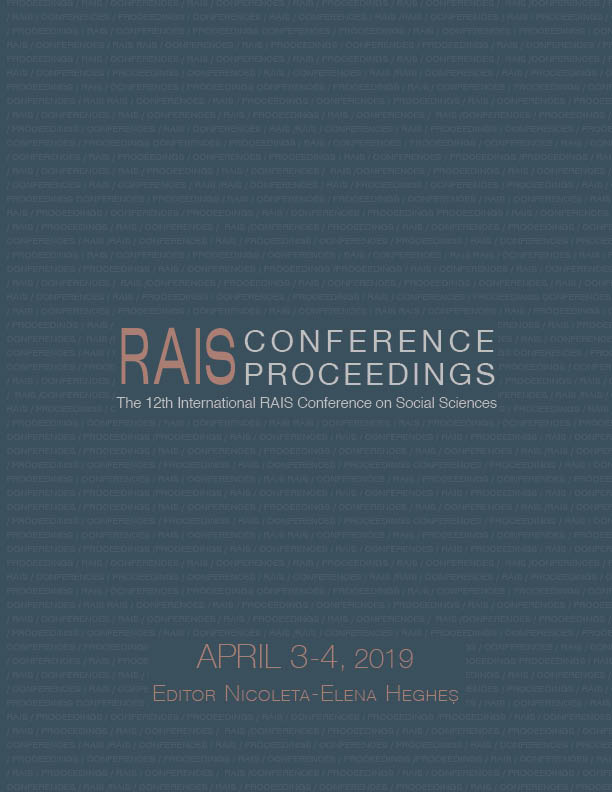 Experiences, Choice and Well-Being: An Economics of Psychological Energy

The Impact of Social Variables on Financial Performance

An Exploratory Look at a MENA Leadership Yardstick

On Artificial Intelligence’s Razor’s Edge: On the Future of Democracy and Society in the Artificial Age

Determinants of Entertainment and Apparel Expenditures in an American Household

Factors Contributing to Marital Dissatisfaction and Divorce in the Military

Poverty Reduction Through Pro-Poor Tourism: A Case Study of Handicraft Sector of Varanasi

Gender Issues in Russian Democratization: The Myth or the Reality?

The Rule of Law, Democracy and Competing Paradigms of National Development: Locating the Nexus

Crouching Bear and Hidden Dragon: The Limitations in the Sino-Russian Alliance

Sustainable Valorization of Vernacular Patrimony in European and American Space.

Citizenship Education for the Blossoming of Participatory Democracy

The Architecture Behind the Malpractice Concept Guidelines

A Sociocultural Approach to Learning to Teach with Technology: Reflections on Pre-service Teachers’ Field Experiences

Release of Prisoners and Rehabilitation Programs for Integration Into Society

Analysis the Traces Identified in the Case of Violent Crimes

The Right Not to Punish

A Culture of Violence? Women in Twentieth Century Bengal

The Special Measures Taken During Administrative Monopoly Investigation in China

The Potential of the Church in Contemporary Culture

Civil-Military Coordination in Peacebuilding: The Obstacle in Somalia

Secondary Metabolites from Plants: The Thin Border Between Beneficent and Harmful

Imaginary Love in the Context of Emotional Consumption: A Levinasian Perspective

Legal Regime of the Right of Superficies in Romania

The Role of Public Administration in Corporate Social Responsibility and Sustainability

The Art of Fake

The Universality of the Right to Education - A New Perspective

The Relation Between Law and Morality

Resale Price Maintenance: What Future, What Past?

Court-Appointed Lawyer in the Criminal Trial