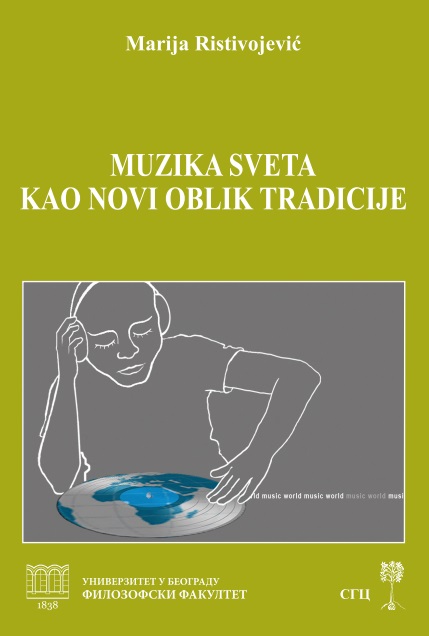 Author(s): Marija Ristivojević
Subject(s): Music, Cultural Anthropology / Ethnology, Culture and social structure
Published by: Srpski genealoški centar
Summary/Abstract: World music is a hybrid musical form which is based on traditional elements. Being a product of growing interaction between people, intensive cross-cultural flows and technological achievements, world music became a complex cultural phenomenon. Some authors think that this concept presents a new kind of imperialism over, so-called, Third World countries, while the others see it as a possibility for promoting I#$ @#her", I-Western" music. Popularity of this musical form is evident in numerous specialized festivals, magazines, new performers, but also in the fact that world music became a relevant topic of academic researches and curriculums. In Serbia, world music presents a phenomenon in the making, the scene is not developed enough (the lack of media coverage, publishing and so forth). Despite all that, there is an evident effort that this type of musical expression comes to life locally. World Music Association of Serbia is one such example. The members of this association launched series of activities that seek for better visibility of this phenomenon. They started a magazine Etnoumlje, established an independent recording company WMAS Records and SWM internet radio, a project of registration of Serbian world music groups and musicians. The first festival, Etnomus, was active from 1997-2006. In August 2012, the new festival in Takovo – Serbia World Music Festival was started. This study presents an anthropological analysis of world music phenomenon. The attention is focused on interpreting the term "world music", in Western and local context, and then it reviews the perceptions and usages of this concept by musicians and audiences. Theorethical frame of this work consists of perspectives of two ethnomusicologists – Lauren Aubert and John Blacking, who treat music as a cultural phenomenon. The analysis is divided into three parts: world music in Serbia, world music in the world, and comparison of local example and global flows. Material that is used in the first part of the analysis consists of interviews with informants who deal with ethno music, while the other part is based on relevant literature and internet sources.