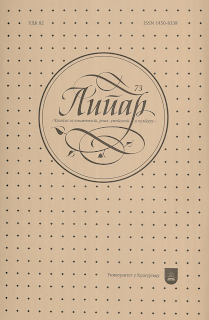 Summary/Abstract: This article aims to explore the background of the dispute started by Chinua Achebe in his famous essay “An Image of Africa: Racism in Conrad’s Heart of Darkness”. The novel in ques- tion has become the subject of the dispute on whether it is deserving of being considered a great work of art. The reasons behind Achebe’s claim that it is not are the dehumanization of Africans found in various scenes throughout the novel, as well as the depiction of Africa itself as the barbaric and hostile other to civilized Europe. As in any such claim, while some support it, others find it faulty. There are those such as Achebe who would judge Conrad for the same reasons others, such as Bratlinger, Said, Mnthali, or Ngugi Wa Thiong’o, see him as the product of his time. This article will attempt to explore some of these claims and, if possible, determine the extent of their validity.