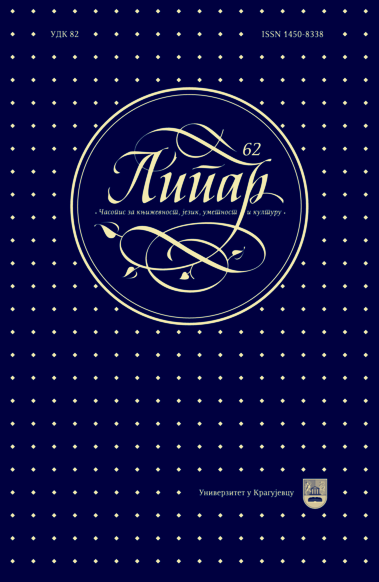 Summary/Abstract: The study deals with not only the most obvious layer of meaning of Nabokov’s Lolita, its controversial subject of the chief protagonist, a middle-aged literature professor Humbert Humbert, becoming obsessed with a twelve-year-old girl and initiating an illicit sexual relationship with her after he becomes her stepfather; but also delves deeper into the cultural clash between the decadence of the Old World, personified in the character of the perverted and morally corrupt paedophile Humbert, and the mass consumer culture of the New World, whose triviality and a different kind of corruption are personified mostly in the character of Dolores Haze, i.e. Lolita. Through the analyses of the various scenes of the novel, it shows Humbert’s gradual change from an already corrupt Old-World paedophile, cynically critical towards the culture he is now living in and not passing up on a single opportunity to look down his nose at it, to a chimera of sorts, an amalgam, incorporating the worst flaws of both worlds, losing his old identity in the process; hence the part of the title Going from Bad to Worse. The unreliability of the narrator is also discussed in the study and, albeit briefly, the novel’s two film adaptations. Nabokov’s claim that he had no purpose in writing the novel is also addressed through the conclusion given through the words of Lionel Trilling that a creative writer cannot be trusted to say what he has done, only what he meant to do.