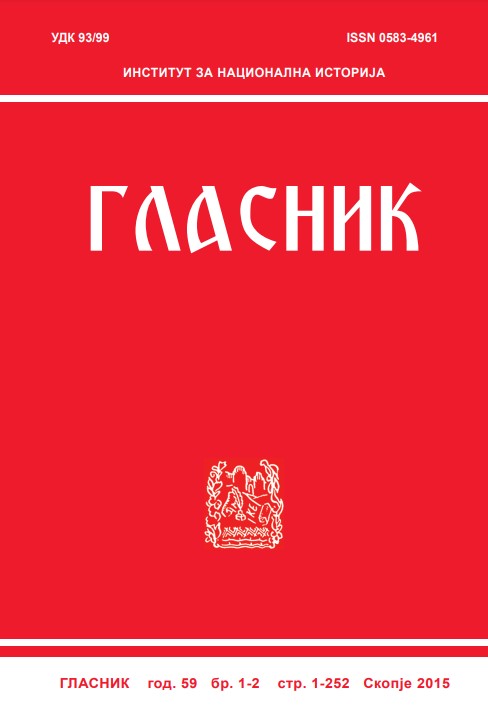 Summary/Abstract: Jovan Hadzi Vasiljevic (Vranje, 18.10.1866 – Belgrade, 29.03.1948) was a Serbian historian, ethnographer and publicist. Between 1904 and 1940 he worked as a Secretary at the “St. Sava Society”. At the same time J. H. Vasiljevic was also editor-in-chief of the newsletter of the “Brotherhood” of the Association. In the focus of his historical research were the territories of Old Serbia and Macedonia. Consequently in the course of his life he produced numerous papers dealing with these two historical areas. In this occasion we are going to look into J. H. Vasiljevic’s publication titled: “Old Serbia and Macedonia (from geographical, historical and political stand point)” written in 1905, and published in “Brotherhood” in 1906. The scientific focus is aimed at this specific publication of his because of its comprehensive approach to its topical issue unlike his other papers that are limited to territorial-ethnographic topics. In addition in this publication the fundamental postulates that he also used as the basis for his numerous ethno-geographic publications on Macedonia could be reviewed.