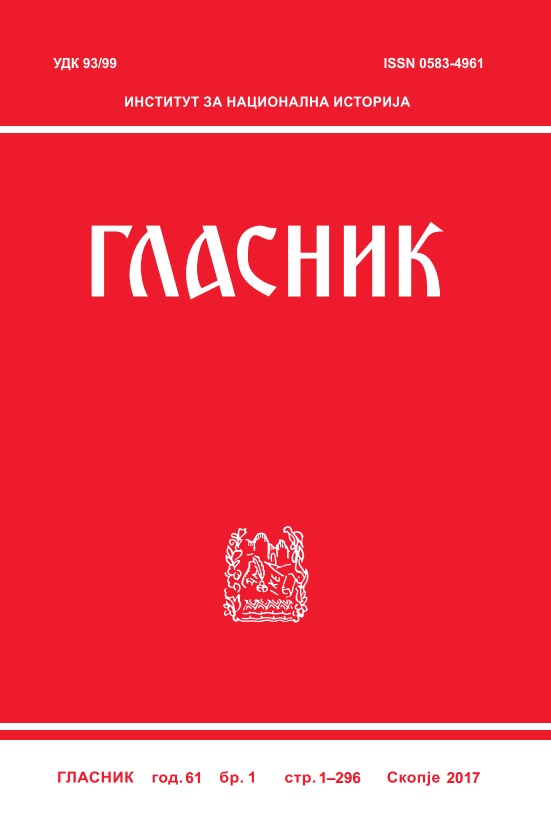 Summary/Abstract: The two studies by Stojan Novakovic that are analysed in this article refer to Skopje, but they also cover some aspects of the socio-political life in Ottoman Macedonia. The first study titled: “From Morava to Vardar” (S Morave na Vardar) was written by Novakovic in 1886, while the second one titled “Two Days in Skopje (Dva dana u Skoplje) in 1905. The need of a comparative analysis of these two studies emerges on its own if one take into consideration that they treat the same topic, but in time difference of almost two decades from the time they were written and published. The first study carries features of a geographical-anthropological essay, while in the second one the author’s historical-political discourse on Skopje (and further on the Ottoman Macedonia) dominates.