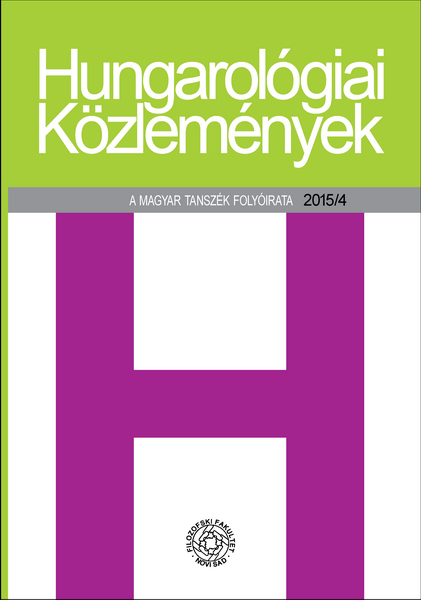 A magyar szem, illetve a szerb oko lexéma összevető szóasszociációs vizsgálata
A Contrastive Study of the Lexical Associations of Szem in Hungarian and Oko in Serbian

Summary/Abstract: Lexical associations contribute to understanding associations between words in the mental lexicon. By analysing a single lexeme, the present paper aims at revealing the workings of one segment of the mental lexicon in Hungarian and Serbian. It is often claimed that the more common features a lexeme has with its equivalent in another language, the more likely it is that the two will trigger the same reaction. This is shown using a concrete concept as an example: the organ of vision, more precisely the Hungarian lexeme denoting it and its Serbian equivalent. Since the analysis is based on contrasting lexemes of two genealogically and typologicaly different languages, the initial hypothesis is that the differences between the two languages will also be reflected in the associative meaning fields of the lexemes contrasted. The analysis is based on associative dictionaries of the two languages, namely the Encyclopedia of Hungarian Norms of Associations and the Associative dictionary of Serbian.