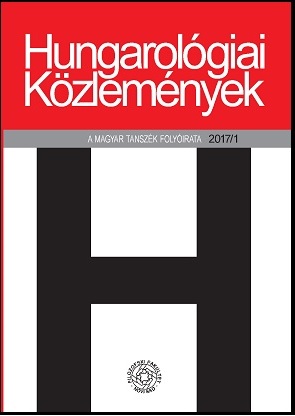 Summary/Abstract: Phraseological units are one of the most interesting areas of research within contrastive linguistics. A considerable part of the phrasemes of any language is made up of somatisms, phraseologisms which contain at least one body part term as a constituent. In this paper, we focus on phraseologisms with the head words láb in Hungarian and noga in Serbian. The research is based on a corpus consisting of four dictionaries of proverbs in Hungarian (Forgács, Litovkina, Bárdosi and O. Nagy Gábor) as well as monolingual dictionaries of Serbian, Matešić’s dictionary of Croatian and Serbian phraseologisms and Otaševič’s dictionary of proverbs. The data are analysed from a cognitive point of view, but their structural properties are also taken into consideration. The aim of the study is to establish the similarities and differences in the domain of the somatisms mentioned in these two genealogically and typologically unrelated languages.