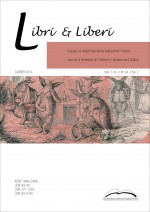 Summary/Abstract: The first European Conference on Children’s Film – Spotlight on Children’s Film Research took place on 18 June 2014 in Erfurt, Germany, and was followed by the KIDS Regio Forum which took place from 19 to 20 June also in Erfurt. The first conference was of a scholarly and academic nature, focusing on research questions regarding the status and different aspects of (mostly European) children’s films. The conference was organised through the collaboration of the University of Erfurt and Eberhard Karls University Tübingen. The papers at the conference were presented by 12 scholars from 8 countries (Germany, Sweden, Denmark, Croatia, Great Britain, Netherlands, France and Italy) and from 11 different European academic institutions.