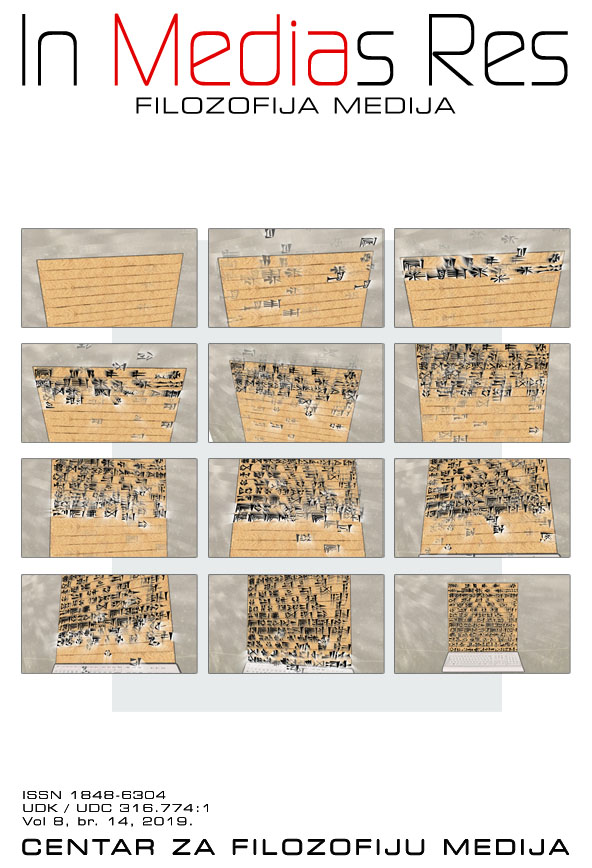 Summary/Abstract: The paper explains different modes of understanding the concept of medium in the history of film theories, especially in its early and classical period. Since most of the film exploration till the contemporary period of the 1970s was saturated by philosophical problem of the ontology of the new visual medium, and also by questions of its status as an art, the paper will analyze variety of issues, like the relationship of film and other media, film and reality, and film and sociocultural context. The study will be focused on the early understanding of the film medium as a registration mechanism and on the effort of positioning it as a specific and independent artefact. The special attention is given to two types of film theories, formative and realistic, which understood the ontology of the film medium in a different manner. Because of that both theories saw the social, political and artistic purpose of the film medium in a different light.