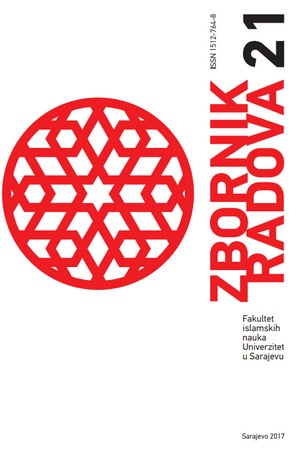 Summary/Abstract: The author presents a model for the auxiliary element in Arabic sentences, an element that contributes significantly to the semantic, syntactical and stylistic richness of the language. Based on an analysis of definitions found in relevant sources, the author distils the core characteristics of a type of appositive, namely the semantic and formal ‘corroborative’, and establishes its various forms with their subspecies. Analysis of Qurʼanic verses and poetry demonstrates that the ‘corroboration’ (intensification) of particular content is used to promote an interest in and draw attention to that content. Insofar, as grammatical appositives are defined on the basis of similarities and differences, the paper presents four simple examples of the remaining four appositives: attribute (al-naʻt), apposition (ʻatf al-bayān), permutation (al-badal) and content linked by conjunction (al-ʻatf). A comparative analysis of various types of appositive suggests the conclusion that all the auxiliary elements of the Arabic sentence are linked by the same syntactic peculiarity, following the flexion of the relevant appositive, while the differences attested facilitate their recognition and understanding the context in which they are found.