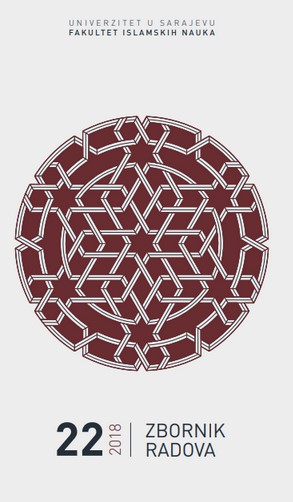 Summary/Abstract: The most frequent particle in the Arabic language, wa is most commonly understood to serve as a conjunction. However, the particle has a wide range of semantic and syntax roles.The task of this particle is to present the different roles of the conjunction wa with all its characteristics which are clearly visible in the selected verses of both the Noble Qur’an and the verses of poetry. Based on a review of scholarly literature, the author seeks to present the most frequent syntactic functions of this particle in which it serves as a conjunction, as a particle at the beginning, a particle for the conditional statement, a particle preceding the noun in accusative case in the sense of the preposition with, a particle of oath (wawu l-qasam), a particle in the sense of the preposition of probability (wawu rubba) and as a particle preceding the verb in the form of conjunctive. The aim of the article is to draw attention to the highly frequent use of the particle by presenting it in different semantic and syntactic contexts. Applying the methods of content analysis and comparative-contrastive analysis of the presented examples of sacred and profane character, it draws certain conclusions which point to the importance of recognizing those different functions of the particle.