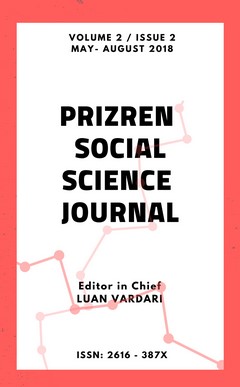 Summary/Abstract: The socio-political heredity of the long-term presence of Islam in Southeast Europe deserves to be questioned in the light of today’s climate of suspicion and heightened tensions toward autochthonous Muslims within the region and beyond. This brief paper focuses on Max Weber’s neologism “sultanism” related to the religious legacy that Ottoman rules left behind in the Balkan Peninsula, which symbolises a counter-narrative in academia, in order to address a yet another issue regarding the interfaith coexistence among Balkan populations and history-related aspects. This paper then, too, seeks to unravel contemporary shades of Balkan Islam by pointing out how such religious identity has come to represent a communitarian set of everyday rules of practices rather than a pristine faith. Lastly, the employment of the term “idiosyncratic identity” will serve to shed light on volatility of Balkan Islam over which a hostile language toward Muslim communities is nowadays winning ground.