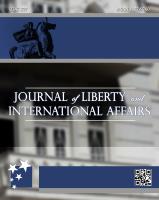 Summary/Abstract: This paper aims to lead an overview on Nagorno-Karabakh rivalry between Armenia and Azerbaijan in order to highlight the frozen state of affairs through an alternative prospective left currently out within the peacekeeping operations. Therefore, main attention is not paid to OSCE-Minks attempts to unfreeze the ethnic conflict, however to the role of collective trauma and historical imaginary to point out the Other question that will be performing a structural role when the two-decades-war will be hopefully over. Hence, what is to be forgotten from wrenching past? How will the figure of the Other – no matter Armenian or Azerbaijani – affect the post-conflict scenario currently negated by cultural prejudices and political propaganda?