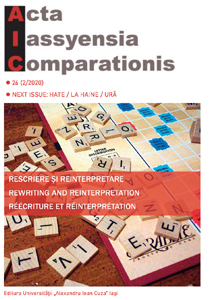 Summary/Abstract: In this article, we propose a comparative analysis of the symbolism of the god Hermes, focusing in particular on two of his representations: that of messenger of the gods and that of phallic god. The first of these representations sums up two essential attributes of the god: on the one hand, bearer of the message/ word of the gods (Hermes the Arcadian) and, on the other, guide of souls (Hermes Psyhopompos) to and from the World Beyond. The second representation, that of phallic god, may not seem to have a direct connection with the two attributes mentioned above. At the level of literal interpretation, the two representations are indeed parallel to each other – appearing that they cannot (or should not) ever intersect. However, a closer analysis of the symbolic meanings will lead us to the hypothesis that the god’s aspects are rather complementary than parallel. In other words, the attributes of messenger of the gods and guide of the souls are not “contradicted” in the second representation, but, on the contrary, they are found in another symbolic form or they are, at least, supplemented by another symbolic form.