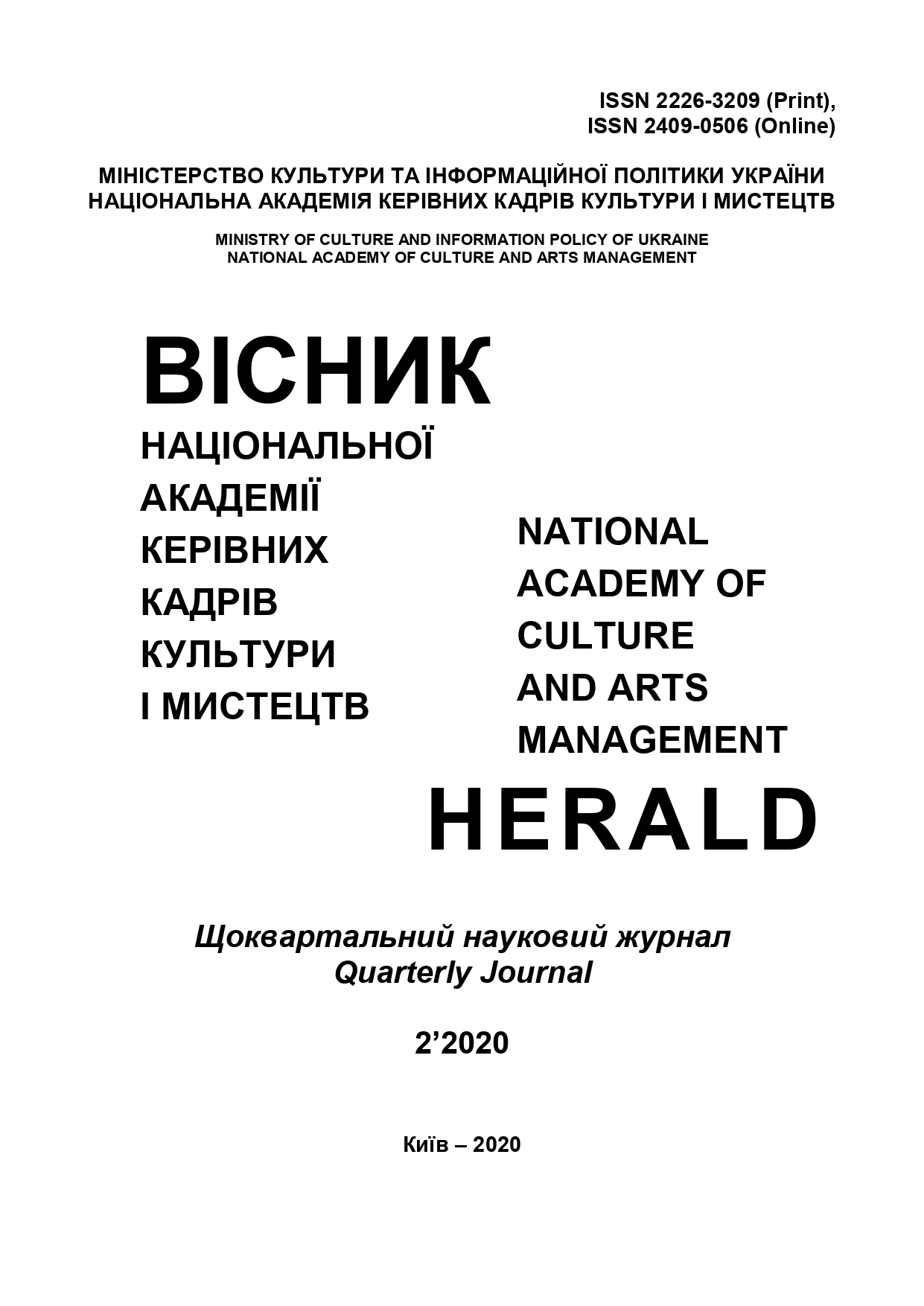 Summary/Abstract: The purpose of the article was to study the peculiarities of the production process of the first Ukrainian television film-ballet "Lileya," based on the works of T. Shevchenko. The methodology includes the use of the following cultural research methods: comparative-historical, systemic, typological, structural-functional. The scientific novelty of the publication is that it first analyzed the specifics of the production of a ballet film as a completely independent musical-choreographic ballet created for television viewing. Conclusions. The first national television film ballet Lileya became a new and original phenomenon of the mid-twentieth-century in Ukrainian culture. The production was based on the famous works of the classic literature of T. Shevchenko: "Princess", "Marina", "Witch", "Mermaid", "Drowned", "Blind" and more. The choreographic vocabulary of the ballet movie, invented by the ballet master V. Vronsky, and put on emotional (with a strong psychological influence), however, quite understandable for a wide range of viewers music by K. Dankevich, gravitated to imaginative dance, accuracy, and character; Due to the skillful work of filmmaker V. Lapoknysh and cameramen O. Ananasov and M. Topchy, the artistic action developed dynamically and richly. The popularity of the film-ballet ensured the participation of leading soloists of the ballet troupe of the Kyiv National Opera and Ballet Theatre named by T. Shevchenko: R. Vizirenko-Klyavina, E. Ershova, A. Arkadyev, V. Kalinovskaya, O. Segal, V. Ferro, and other artists.