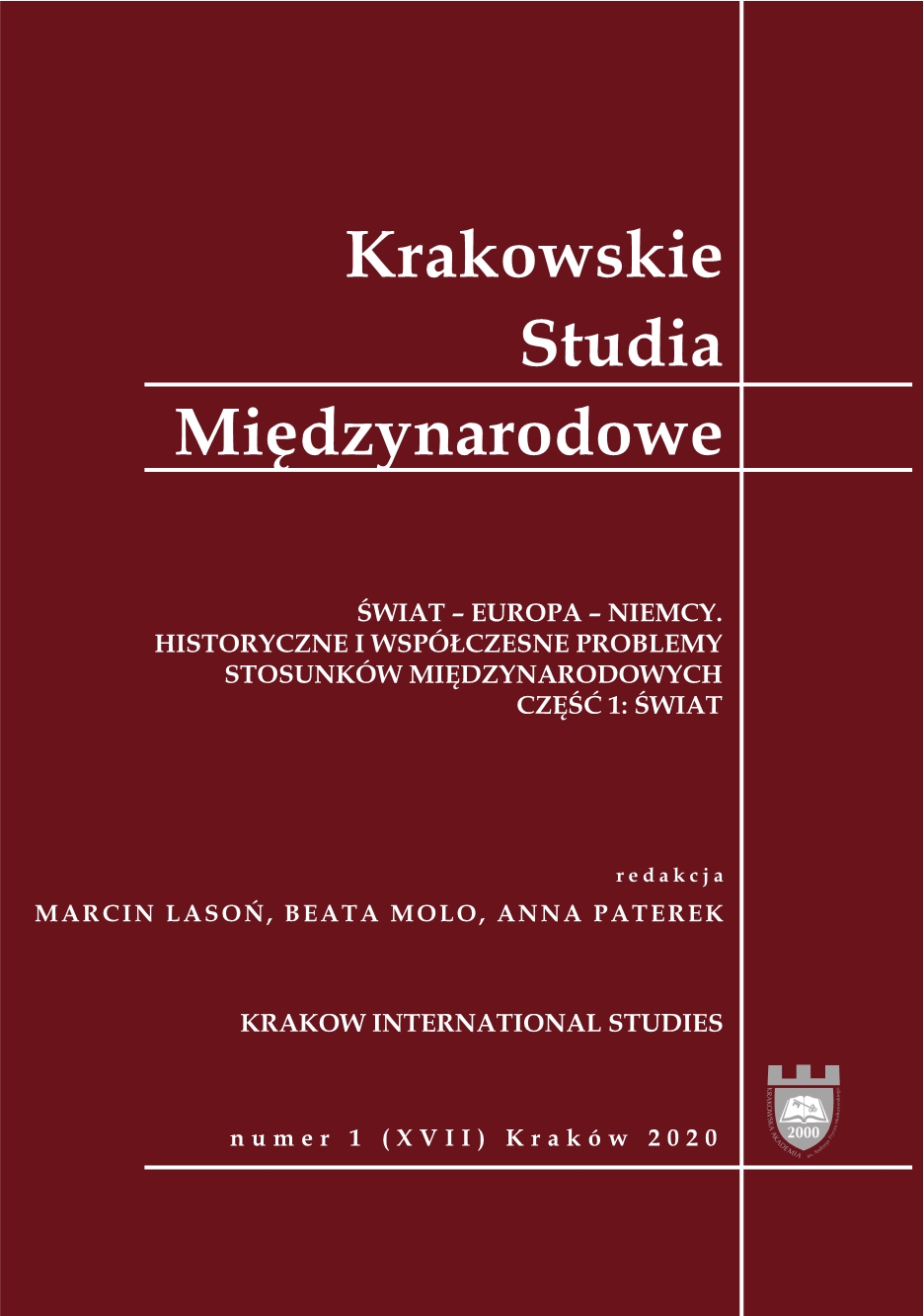 Summary/Abstract: Signals of coming trade war between USA and China could be seen in slogans stated in the presidential campaign in 2017. In 2018 the US administration guided by president Donald Trump moved from slogans to action concerning protection moves in trade policy. Escalation in application of customs tariffs by the USA in imports of goods from China provoked retorsions from side of the Chinese market. Finally USA and China had signed first trade agreement reducing part of the tensions caused by the trade conflict. The trade war and signed agreement play specific role analysed in a wider context of accompanying conditions, which cover slowing down rates of growth in the world economy. US-China trade war cannot be perceived as a bilateral conflict, as it has wider context which is resulting from breaking (disturbing) global value chains (GVC). Conducted in the study analysis shows, that the new agreement signed between US and China is a first and very cautious move towards normalization of mutual relations. It can lead towards some wider agreements concerning mutual trade between the two markets. It is assumed that the current conflict will result in deep changes in production patterns in Asian markets, those highly developed and those developing. The US-China agreement, if it’s conditions are to be fulfilled can have a strong impact on improvement of the current account of the USA. Improvement of the US current account can be achieved in cost of other Chinese trade partners.