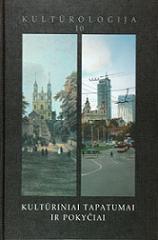 Summary/Abstract: The Enlightement as an „Age of Philosophy“ took place in Lithuania from middle of XVIIth till 40 – ies of XIXth century. Two figures of the „philosopher“ are discernined in this article. First we might call „Vilnius scrutinizer“ – a follower of the University traditions of natural sciences, empirism of Educative Commission, the connaiseur, favorite of strict sciences. Astronomer and mathematician Jan Sniadecki might serve as a typical example of this figure. Another representative „figure“ of the philosophy of Enlightement would be a libertin, blamed by catholic society with a label of blasphemous atheist and materialist. The philosophy of libertinism flourished predominantely in Courts, therefore could leave little monuments in written. Only scornfull remarks of the opponents might serve us as a basis for the reconstruction of its content. Lithuanian written tradition (scriptures of A. Tatarë, M. Valanèius) has also marked those particular figures of the Lithuanian philosophers of the Enlightement. The most general feature of the professional philosophy of the Enlightement is an Eclecticism: it defines both the dominant trend of thinking and the methodological procedures at use (free choice grounded in the common sense) IX decades ahead since the middle of the XVIIIth century. The analysis of the phenomenon of the Eclecticism reveals well the main stereotypes of Lithuanian culture: legacy of epigonism and compilation, intolerance towards opponents, dreadful avoidance of the „extreme„ positions (idealism, scepticism, etc.), strenuous attempts to tell the final word, superiority of didacticism, lack of the criticism in use of the works of former philosophers, cutting their ideas for the purpose of the interpretation and evaluation of the most recent trends.