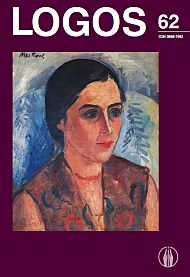 Summary/Abstract: This article attempts to give an arguments for the hypothesis, that Lithuanian priest of Piars Kazimieras Narbutas (1738–1807) has been the philosopher, who had an honour to be the first in East, and maybe the whole Europe, to receive and criticise the pre-critical thinking of Immanuel Kant. In 1765, in his course of philosophy at the Collegium of Piars in Dąbrowicy Narbutas criticises the concept of substance suggested by „metaphysician Cantzius“. A person named as „Cantzius“ could have been either Immanuel Kant, or theologian Gottlieb Israel Canz. Objecting to the position of Steponas Tunaitis, two arguments have been developed in this article: the person, who was referred to by Narbutas, couldn’t have been Canz, since the latter was a representative of the theologian Wolffianism. This philosophical position is close to that of Narbutas himself, his concept of the essence of the substance is the same as that of School of Wolff. Canz couldn’t have delivered the concept of substance which were opposite to that of School of Wolff. The second argument states, that the principial propositions (and their consequentials) of Kant provided in his work of 1755 Principorum primorum cognitionis metaphysicae nova dilucidatio could be attributed to the position of „metaphysician Cantzius“ on the substance, its attributes and the goals of God, which had been questioned by Narbutas. This parallel provides us with an opportunity to state, that Narbutas directly or indirectly has been acquainted with the above mentioned work of Kant and that the person, referred to in the text of Narbutas, is nobody but Kant, who has been dealing with metaphysical matters at that time.