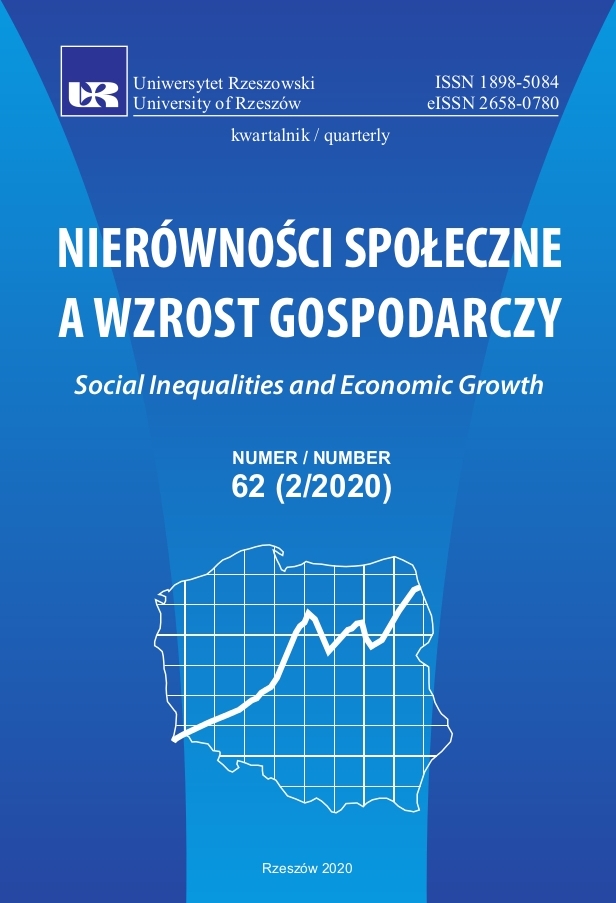 Summary/Abstract: The present article represents the first part of wider research focusing on the development of anauthorial interpretation of the phenomena characterising modern economies on the basis of a criticalanalysis of macroeconomic and management literature. It points out, first of all, the existence of twoopposing approaches to the interpretation of phenomena characterising the knowledge-based economy.The first one describes these as a completely new phenomenon requiring the development of theoreticalinstruments significantly different from those already available. The second one, instead, underlinesthat the conditions characterising modern economies can be treated rather as an economic systemdevelopment phase, which, based on income inequalities, economic growth and capital accumulationevolution, resembles a return to trends already observed in the past. The paper presents the author’sproposal of integrating both approaches and knowledge-based economy interpretations as an economicdevelopment phase characterised – based on the observed trends and a set of theoretical argumentsderived from Keynesian theory and justifying the existence of an acceleration mechanism – by thelower profitability of physical capital accumulation. The conclusions indicate how the existence ofsuch a mechanism and the underlining of such a feature of modern economies suffices, according to theauthor, to explain both the emergence of different phases of development as well as specific economicphenomena considered typical for the knowledge-based economy in the literature. Forthcoming articleswill supplement the present one, focusing on their analysis, leading to the development of a unifiedinterpretation scheme able to explain the main mechanisms and major forces affecting economicsystem functioning both at a given development phase and in the longer-term perspective.