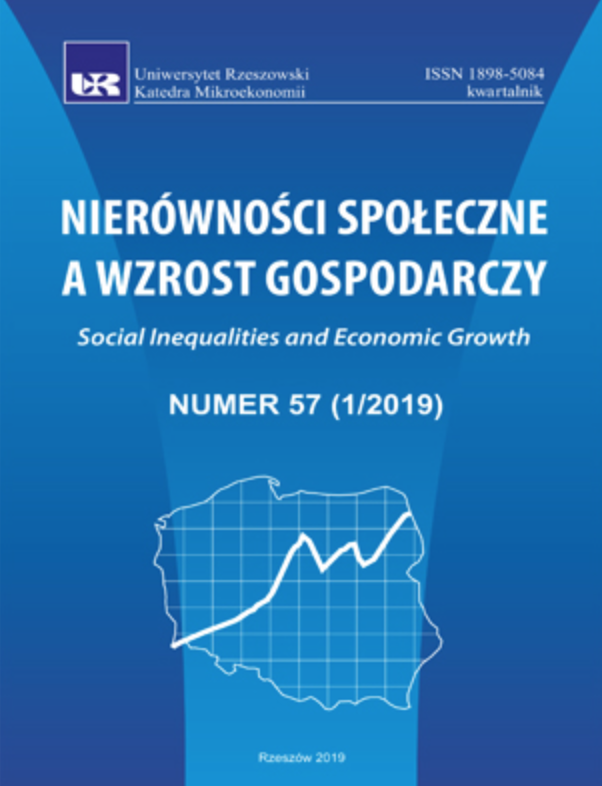 Summary/Abstract: The current article presents both theoretical arguments and a data analysis supporting the interpretationof Polish regional disparities on the basis of Keynesian theory and allowing to stronglyconnect differences in income per capita with labour market. The analysis underlines, moreover,that public interventions supporting income per capita and improving work market conditions inunder-developed regions can be not only an effective instrument for the reduction of poverty andunemployment in those areas, but could foster private entrepreneurs’ profits and development aswell. On the basis of the carried out analysis, it can be stated that regional disparities in Poland arewell explained on the basis of Keynesian approach, and in particular by the growth model elaboratedby the Polish economist Michał Kalecki in 1968 due to its integration with other theoreticalconsiderations of authors of the same school of thought, which underlines the very relevant role ofaggregate demand in the determination of the long run evolution of the main macroeconomic variables in Poland. A very relevant role in the improvement of living conditions in the country can bethus expected to be exerted by the very factors which according to Keynesian theory influence theincrease of GDP growth rate, work productivity, capital accumulation, development and implementationof innovation, employment and wages rises. Instead of proposals of minimal wage reductionor regional differentiation, like those which can be found in works based on theoretical approachesbased on mainstream authors’ elaborations, the presented data analysis and their interpretation thussupport rather the realization of public investments and income support interventions in the lessdeveloped regions. The presented results seem, moreover, to point out that this very second type ofinterventions will be relatively more effective in the Polish case.