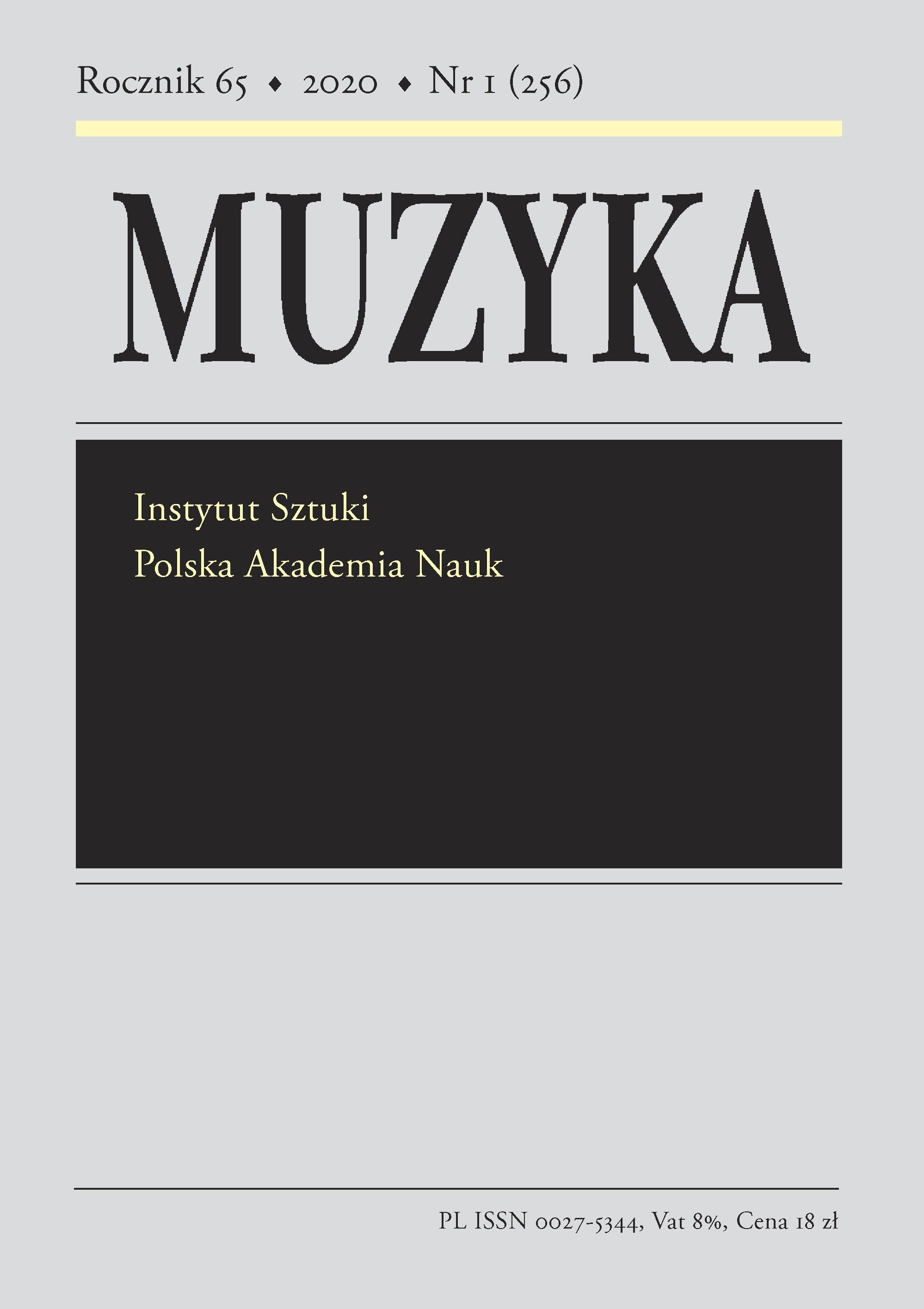 Summary/Abstract: The Church of St Anne was erected in its still existing form in 1689–1703. In the same period, Father Grzegorz Ochabowicz made a number of generous donations to this church, funding, among other things, the ensemble, the organ and the posts of four priests penitentiaries who were to supervise the music performed there. A new ensemble, known as the Academic Ensemble, was established at the same Collegiate Church of St Anne in Kraków by Father Stanisław Filipowicz in 1748. The idea was to enable the church to dispense with the services of the Jesuit ensemble, the most active ensemble in Kraków at that time. Kazimierz Sojecki was appointed Kapellmeister of the new ensemble. Preliminary research has made it possible to establish the names of many other musicians who performed at St Anne’s in the second half of the eighteenth century. They also played at other churches then benefitting from the Academy’s patronage: the Collegiate Church of St Florian, Church of All Saints and St Nicholas’s Church in Kraków, as well as the Church of the Nativity of the Blessed Virgin Mary in Zielonki. Based on the account books of other churches and of the confraternities attached to them, I also discuss the activity of the Academic Ensemble within the city of Kraków. The ensemble began to decline from the early nineteenth century onward, due to financial problems. Eventually it no longer had its own permanent line-up of musicians, but only hired them for selected feasts. Reforms reduced the ensemble to the music boarding school alone, which existed until 1873.