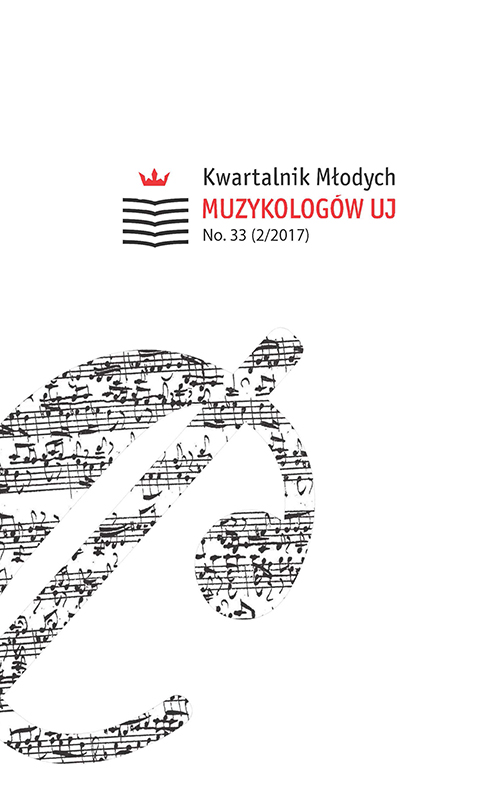 Summary/Abstract: The article focuses on the background of Hieronim Feicht’s Requiem, which was written during World War II. The main aspect of it is to present main thoughts on mass settings composed by Feicht and to give basic information about their performances given by the choir of theological seminary students of the Congregation of the Mission in Kraków-Stradom. Many of extant documents provide us with precise knowledge about the repertoire and solemnities during which it was sung. Except for performances, the article presents the praxis of performing requiem masses in the first half of the 20th century. Taking this context into consideration, the author presents a brief analysis of the Feicht’s requiem mass setting.