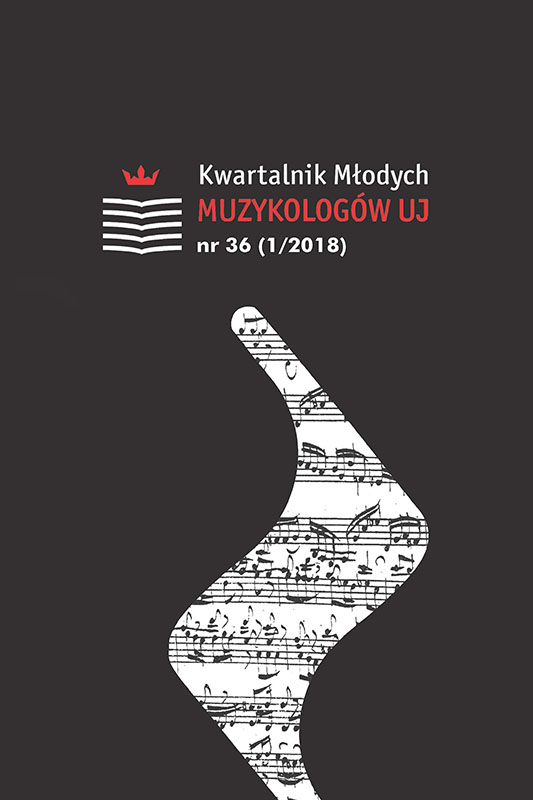 Summary/Abstract: The Archive of St Joseph’s Convent in Kraków contains a collection of musical manuscripts, which have not been studied before. Among books of liturgical use, such as graduals and antiphonaries, there are also small cantionals, full of canto fratto repertoire. The majority of these sources originate from the Convent of Bernardine Nuns in Kraków; however, there are also at least two manuscripts from the Convent in Wilno. The aim of this paper is to present canto fratto repertoire of Benedicamus Domino found in the 18th and 19th century liturgical manuscripts from the Convent of Bernardine Nuns in Kraków. The author indicates sources of studied melodies based on the wide range of liturgical manuscripts from the 18th and 19th centuries – especially from convents of Bernardine Nuns in Poland, as well as from the Convent of Benedictine Friars in Staniątki – and compares it to the dispersal of canto fratto settings of ordinarium missae. Finally, the paper presents complete index of Benedicamus Domino melodies in the annex.