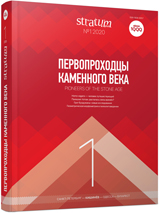 Summary/Abstract: High endscrapers were identified in the collections of Palaeolithic sites as early as the beginning of the 20th century. In the Northwestern Black Sea area similar tools were for the first time identified by G. V. Grigorieva in the materials of Bolshaya Akkarzha site as “core-shaped tools”. G. V. Grigorieva divided them into three groups: cores, core-shaped flakes, and chips. High endscrapers are characteristic for the Aurignacian and Epiaurignacian assemblages. Particularly, they were identified in the collection of the Epigravettian site of Anetovka II (54 items).According to some authors, high endscrapers can testify to the existence of mutual influence or even assimilation between the people of the Epigravettian and Epiaurignacian traditions in the Steppe Bug area. The analysis of high endscrapers from Anetovka II has shown that most of these objects are associated with primary knapping technique and cannot be classified as the Aurignacian or Epiaurignacian endscrapers. Just a small number of high (carinated) endscrapers can be attributed to the Epiaurignacian types, but their interpretation still remains a matter of debate.