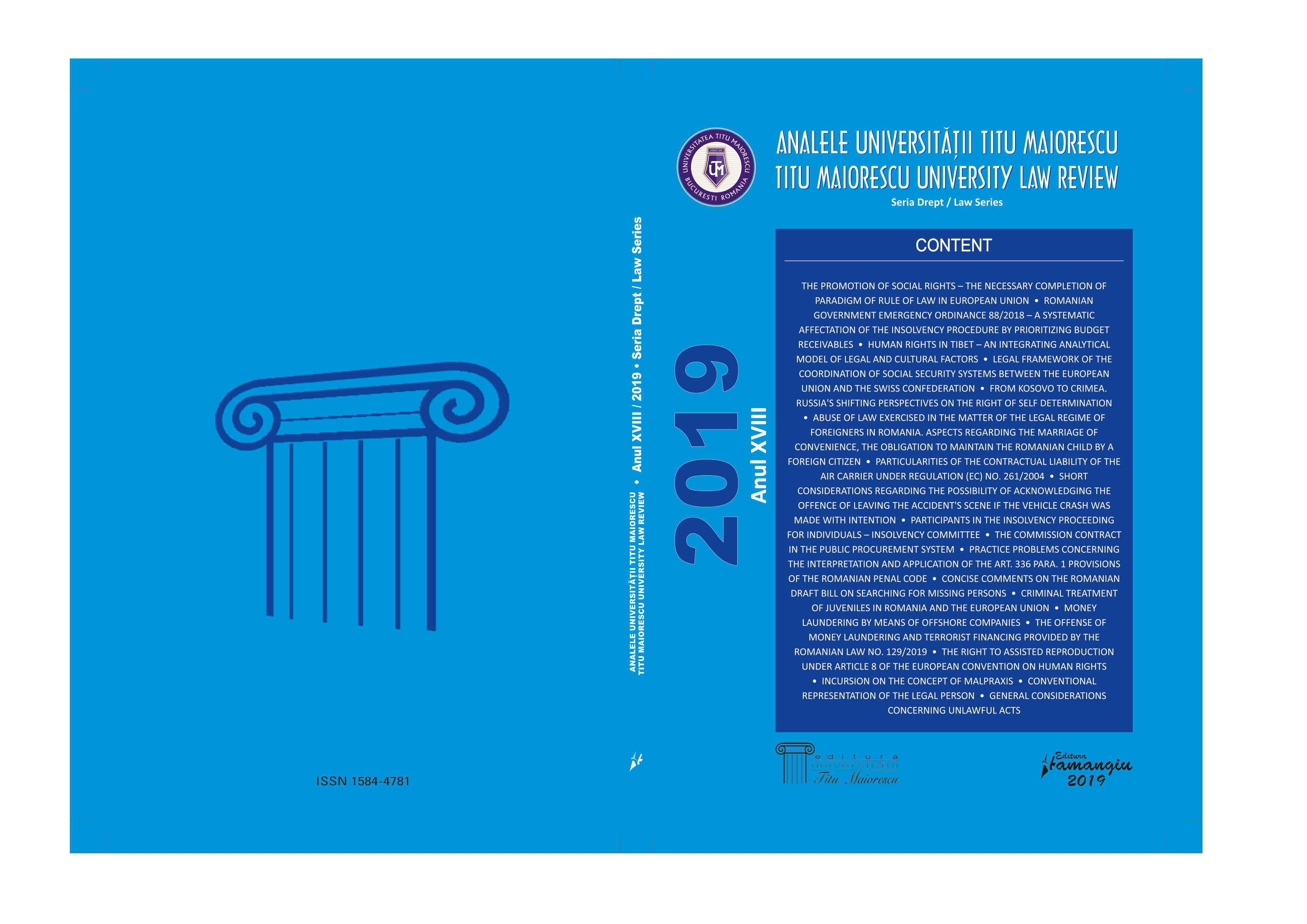 Summary/Abstract: The most important right of the European citizen, which is the right to free movement, necessarily determines the regulation of the adjacent aspects closely related to the freedom of movement, establishment and exercise of a gainful activity in several countries. These aspects refer primarily to the recognition of diplomas, qualification certificates and professions, the coordination of social insurance systems and the right to acquire real estate in the new country of residence. These aspects regulated at the level of the European Union for the citizens of the Union, were also addressed and regulated in the Bilateral Agreement on the free movement of persons between the Swiss Confederation on the one hand and the European Union and the Member States on the other.