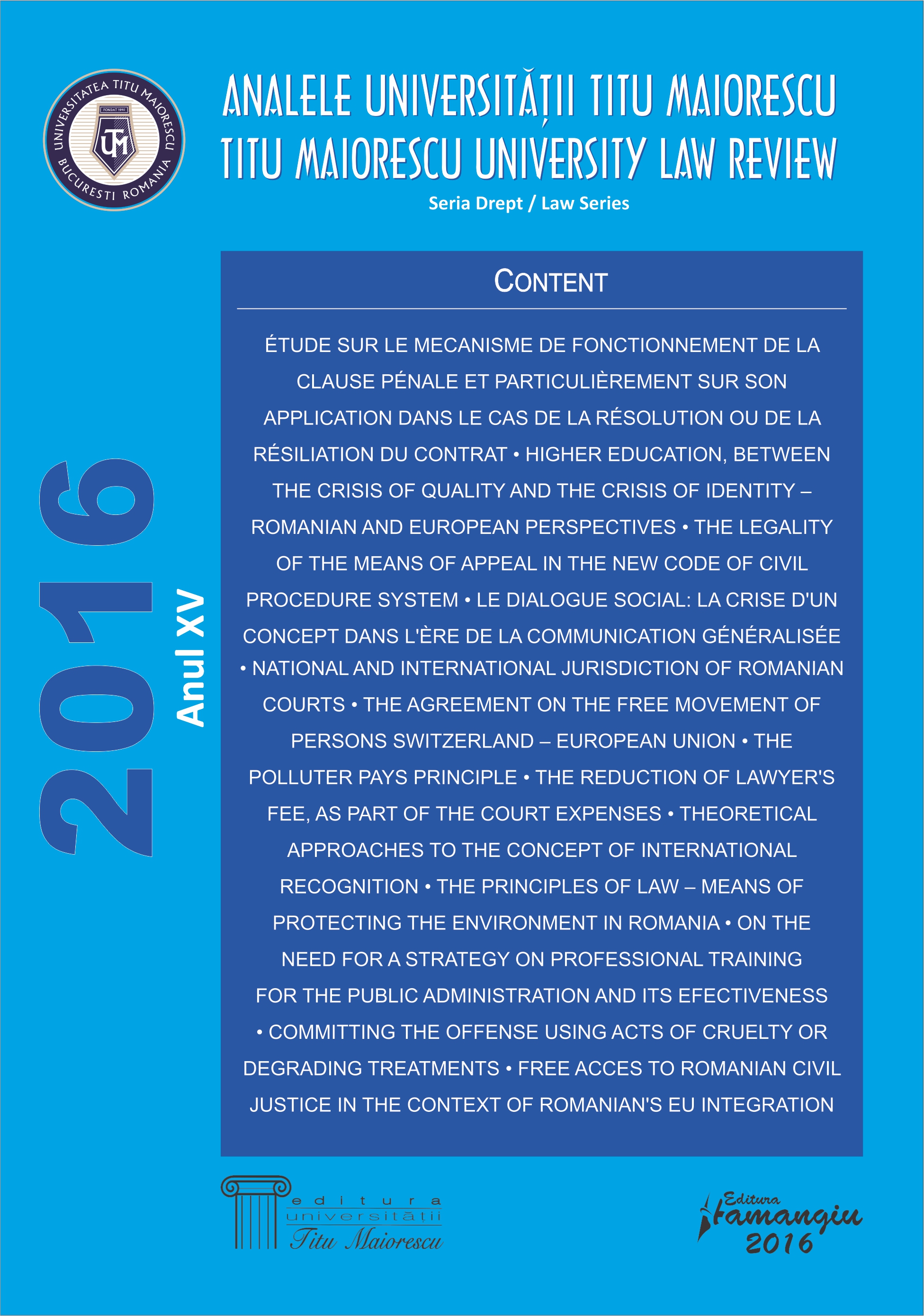 Summary/Abstract: In an international political, social and economic context where everyone wishes to move freely, to circulate freely and unhindered, to emigrate or to work in a different state than where she/he was born, the question is how this can be achieved in respect to the countries that did not join the European Union. Switzerland is an example of a country characterized throughout its history through neutrality and independence, which can be a model for the actual and much controversial BREXIT and why not, for any other country that has not come yet through the stages of joining the European Union but wants its citizens to enjoy the benefits of free movement within the European Union.