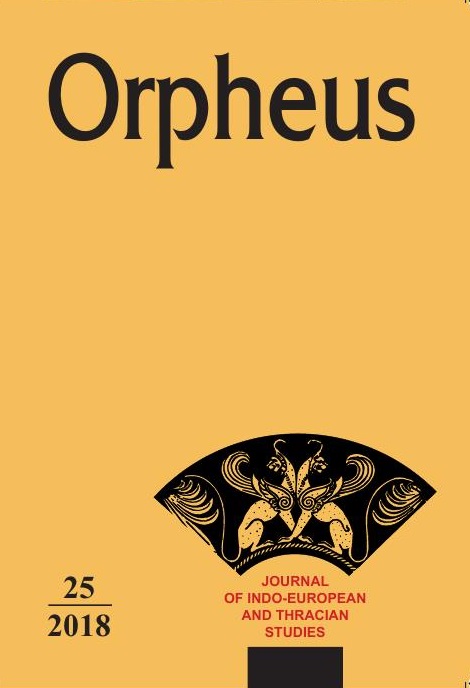 Summary/Abstract: The paper aims at resuming a once vivid discussion regarding the Pre-Indo-European (Pre-IE) heritage of Europe. Two old studies have been chosen as relevant in the field: Skok 1950 and Rostaing 1950, incidentally both published in the same year. At that time, the two authors represented an active trend in the field of historical and comparative linguistics, meanwhile somewhat blurred by the approaches to the so-called Nostratic hypothesis. The references try to summarise some of the relevant studies in what we may label the study of the Pre-IE heritage, but also ‘the Nostratic connection.’ In the first category, beside the two authors mentioned above, Alessio, Battisti, Bertoldi, Cocco, Devoto, Trombetti, and others should be quoted. They represent the old generations of linguists, also Mușu (little known abroad), Beekes and Leschber, as representatives of the younger generations. In the second category, reflecting a very active trend now, to mention Andreev and Illič-Svityč. The author’s hypothesis is that the Pre-IE heritage is crucial in understanding the linguistic stratification of Europe, mainly of Southeast Europe, remarkably reconstructed by Skok, for example. It is also important to understand that this very old linguistic stratum represented an essential component of Old Greek, Thracian and Illyrian, with some elements preserved in the modern languages of SE Europe, i.e. those labelled as the Balkansprachbund. In fact, the investigation of the Pre-IE heritage, on the one hand, and the Nostratic approach, on the other, do not exclude each other. The analyses should consider both directions, now supported by the archaeological discoveries and by DNA analysis.