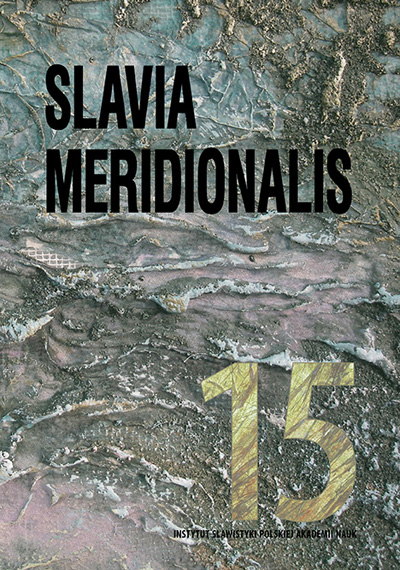 Summary/Abstract: Slavic *tъrgъ, Old Church Slavonic trъgъ, preserved in the modern Slavic languages as well, has had an impressive distribution in both vocabulary and place‑names, to note just Bulg. Tărgovište (also an important archaeological site), Rom. Târgoviște, also spelled Tîrgoviște (the political centre of Wallachia for some time, approx. 80 kms north-west from Bucharest) and as far as Finnish Turku (gen. Turun). See also the discussion regarding the Polish place-name Toruń. The origin has been debated, but it cannot be analysed independently from ancient Illyrian town of Tergitio, later Tergeste, the precursors of modern Slovene Trst, Italian Trieste. The ultimate origin has been looked for even in remote areas like Sumer, e.g. Václav Machek, who quotes Assyro-Babylonian tamgaru ‘trader’, in fact following a suggestion of the orientalist Bedřich Hrozný, the decipherer of Hittite (he published the study in August 1915). The author assumes that the origin of the word must be accepted as ‘Balkanic’ or, in a perhaps better phrasing, as a common Illyrian and Thracian ‘technical term’ referring to trade and commerce. Its spread from south to north is entirely normal, following the spread of economic relations from the Roman, then the Byzantine world northwards at a date difficult to determine, but definitely prior to the Slavic expansion, i.e. before the 6th century C.E. It is unlikely that we have to do here an Oriental term. If indeed that were so, the term should have spread first to Classical Greek, then should have migrated northwards at an earlier date. It is rather likely that we have here a ‘Mediterranean’, perhaps even a Pre-Indo-European term, in Machek’s terminology, ‘praevropský původ’ (of Old European origin).