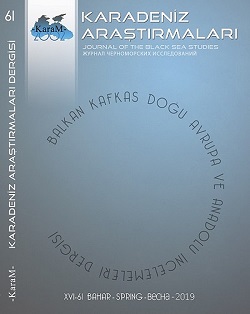 Summary/Abstract: The theory of proxy warfare became intense foci of international relations after the war in Syria which has been continuing since 2011, and the crisis between Russia and Ukraine. Both conflicts have been regarded as a global competition between the West, especially the US, and Russia rather than a regional competition between. However, conflicts between Russia-Georgia in 2008, which has not been regarded as proxy warfare, also has characteristics of the proxy warfare. Therefore, this article analyzes the crisis within the theory of proxy warfare, which emerged during the Cold War as the most prevalent method of competition between the US and the former Soviet Union. The paper argues that the process that led to the warfare and the warfare itself present example of proxy warfare between the West, especially the US and NATO, and Russia for global hegemony, rather than a regional war between Russia and Georgia, and that its result will affect not just Eurasia but security world-wide.