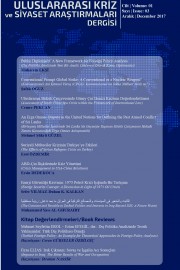 Summary/Abstract: The role of nuclear weapons diminished to a great extent after the end of the Cold War, while conventional weapons with a precision guidance system have emerged as a crucial asset for warfare in the new security environment. After the September 11 attacks the US embarked on the Conventional Prompt Global Strike (CPGS) program, to develop weapons that can strike any target in the world in less than one hour. CPGS was intended to reduce the role of nuclear weapons in US politics, but Russian strong opposition to the project, is expected to start a new nuclear armament race. This paper will analyze the evolution of the CPGS project and debate how it will affect nuclear politics between the US and Russia.