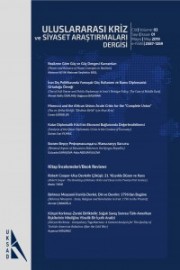 Summary/Abstract: Iran has identified itself with Shia Islam after the Islamic Revolution in 1979. Withinthis framework, Tehran takes steps in order to protect Shi’i communities’ interests and make them come into power in their countries if possible. Although Iran’spolicy has been based on supporting Shi’i militia forces, Tehran keeps increasing its influence on countries of concern not only by using hard power but also using soft power effectively. The argument of this article is that by the use of soft power invarious countries Iran endeavors to gain sympathy from Shi’i communities and to form an Iranian-sided public reaction, and it involves in public diplomacy activities.