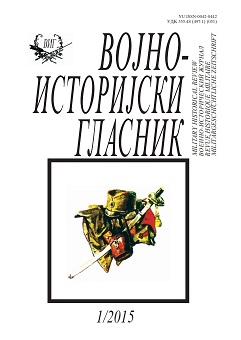 Summary/Abstract: The “Skull Tower” has played a significant role in Serbian collective memory. This unique material and memorial topos, constituted as a pledge of remembrance of the conflict between the Serbian and Ottoman combatants (as well as a warning by the Ottomans), was continuously shaped during the 19th century along the lines of the existing ideological and cultural patterns. Raising the Skull Tower like an anti-civilization topos, the triumph of the Ottoman Army and the defeat of the Serbian troops at Battle of Čegar in 1809, had been “eternally” visualized. The defeat of Serbian rebels near the village of Kamenica (close to the city of Niš), marked the beginning of a process of shaping a two-fold memory of the great battle. The Ottoman and Serbian memories of the Battle of Čegar were sublimated into the very Skull Tower via the skulls of Serbian rebels embedded its walls. Keeping the memory of the famous monument alive, as well as its modification from the Ottoman to the Serbian memorial theme, points to the development and use of the collective memory in the 19th century.