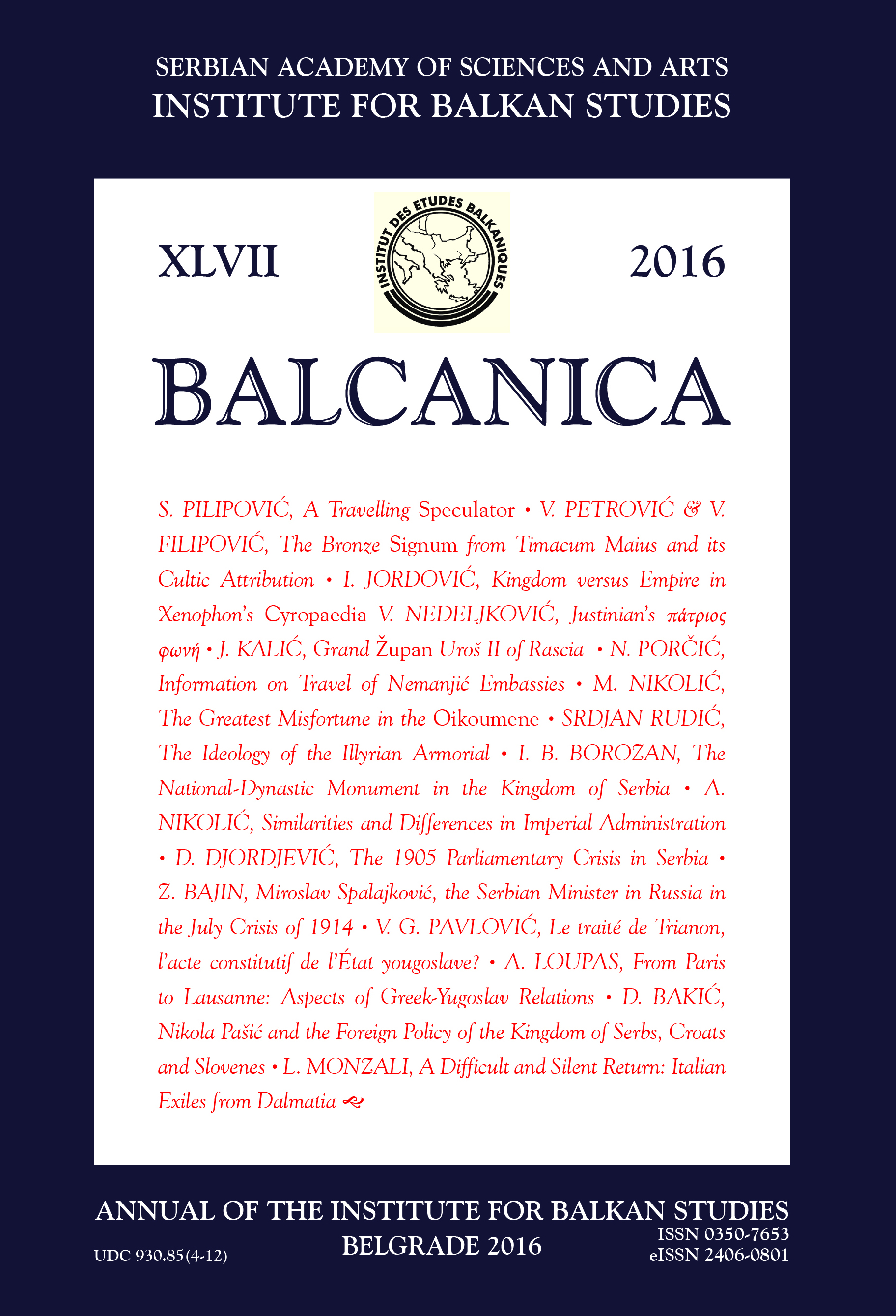 Summary/Abstract: The mo­nu­ment to Prince Miloš Obre­no­vić unve­iled in 1898 embodied the concept of national-dynastic monument in the Kingdom of Serbia at the end of the nineteenth century. The statue in the manner of academic art by Djordje Jovanović, a prominent Serbian sculptor, may be seen as a creative transfer of European practices in designing majestic monuments to rulers. Set up in downtown Požarevac, the monument to Prince Miloš was intended to act as a place of collective remembrance and a means of legitimation of King Alexander Obrenović. Forming part of the process of constructing the cult of Prince Miloš, the monument may be seen as a visual testimony to the attempt of the shaken dynastic regime to define its own ideological model by using the image of its charismatic founder. The unveiling ceremony, pervaded with a military spirit, confirmed the place of the Požarevac visual topos on the map of patriotic geography, pointing to the power of the visual work in the system of the representative culture of the state and the nation in the late nineteenth century.