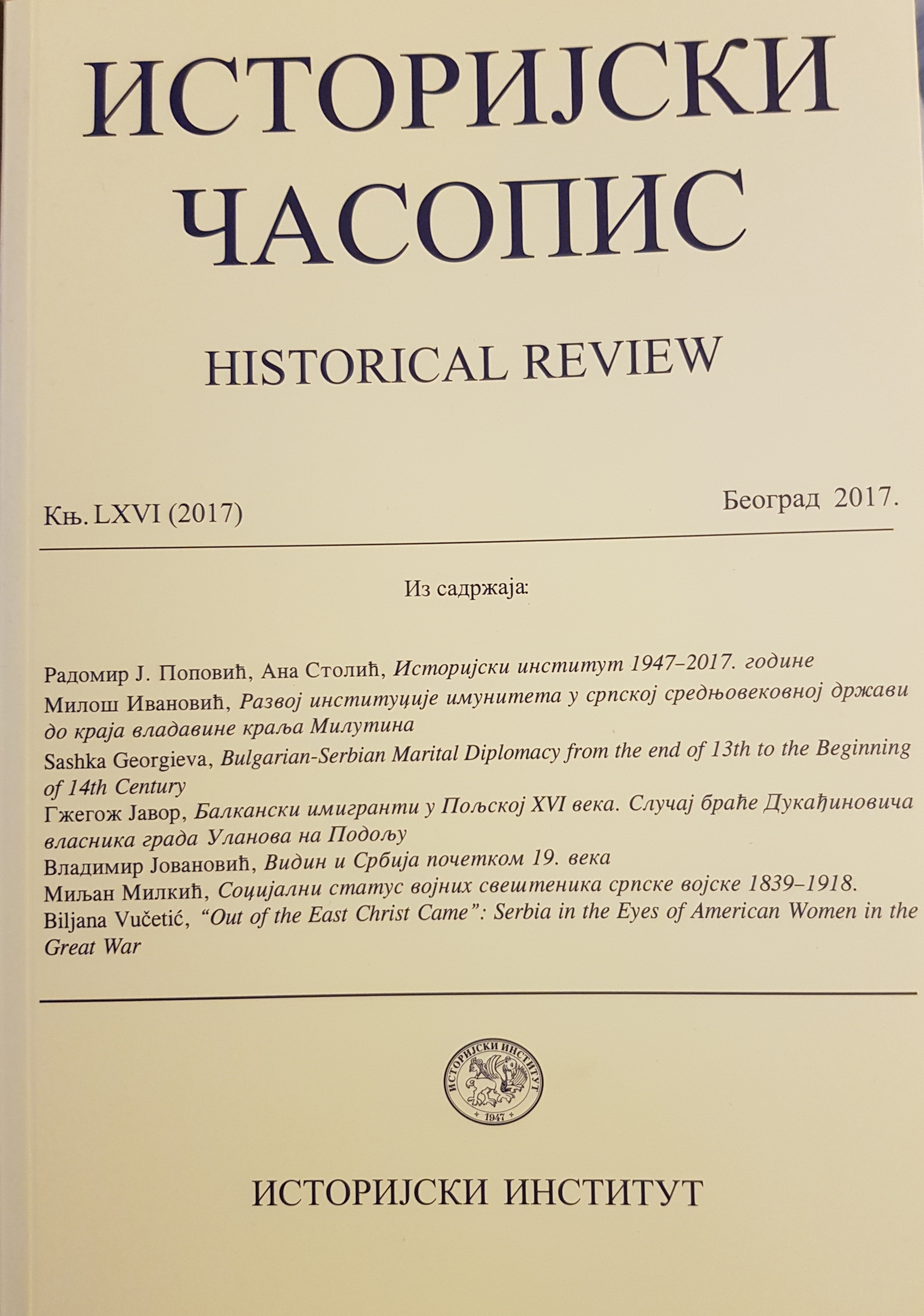 Summary/Abstract: During the 20th century, the defeat of the Serbian army at the Leget Field (Čevrntija) in a battle that took place in 1915 on the bank of the Sava river near Sremska Mitrovica was not a subject of a detailed critical and historiographical analysis. The significant losses of the Serbian army in fighting the Austro-Hungarian forces could not fit into the official memory of the role of the victorious Serbian army in the Great War. The process of storing the Battle of Čevrntija in the collective memory of the Serbian/Yugoslav nation was initiated during the interwar period. In 1922 an idea was launched to transform the Leget field in an artificial memory topos. The initiative came from the local community and eventually grew into the general national patriotic effort that involved the homogenization of the nation. According to the propaganda effect of cultural and political elites, the narrative of the battle at the Leget Field highlighted via visual means the required unity of the new composite nation. The culmination of the process of inauguration of the new place of remembrance was reached through formal and ideological creation of a monumental cenotaph labeled by patriotic emblems, reliefs and written accompaniments. Therefore, the abstract and purified artefact with its minimalist form expressed a powerful message about the glorious fallen at the sacred altar of the homeland. This typical visual mark confirmed the general practice of raising simplified monumental cenotaphs to commemorate the heroes of the Great War. The local traditions related to the place of battle (Srem District) and to the fallen martyrs of the nation (members of the Timok Division) were integrated into the general course of creating the single Yugoslav nation which incorporated the dual Serbian/Yugoslav identity. The afforestation of the Leget Field in 1926 marked its transformation into a well-regulated political landscape. It was in 1933 that the transformation of the Leget Field into a fabricated place of collective memory was accomplished. Thus this topos was integrated in the official memory of the subjects of the Yugoslav state in the interwar period in reference to the actual political and cultural narrative.