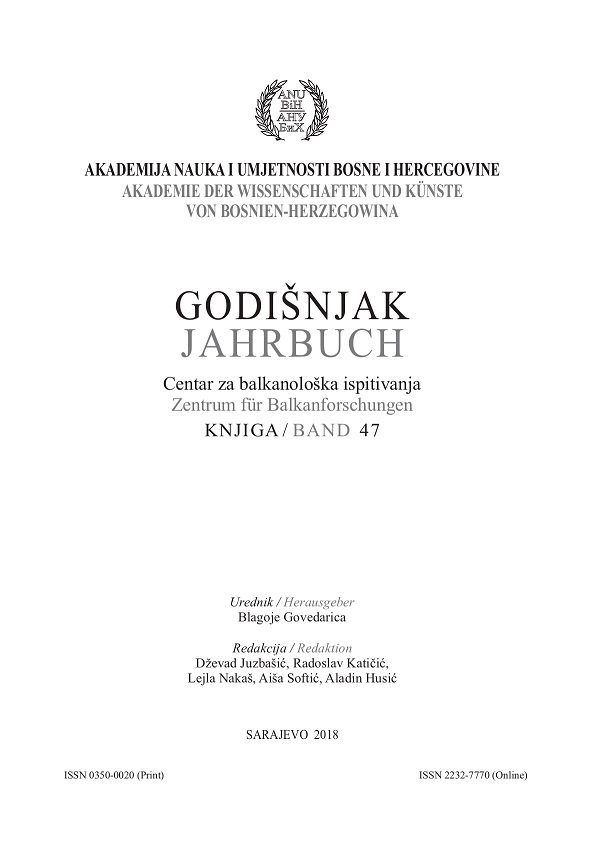 Summary/Abstract: This paper presents unpublished finds from the Glasinac area, which became part of the museum’s collections in the last couple of years. Most of them are chance finds of pottery and ornaments or finds from small-scale excavations undertaken recently. The large quantity of stratified pottery from the hillfort of Gradac in Sokolac provides a chronological frame for the activities at the site and exhibits a good correlation with the finds from the previously excavated nearby tumulus. Systematic research of the medieval site of Crkvina at Glasinac plain also revealed the existence of an older hillfort settlement dating to the Late Bronze Age. This recent discovery increases the number of the known hillforts in the Glasinac area from 54 to 55. In the vicinity of this site, we discovered a tumulus necropolis, probably connected to the Crkvina hillfort. One of these tumuli was excavated during 2014 campaign and is described in this contribution.