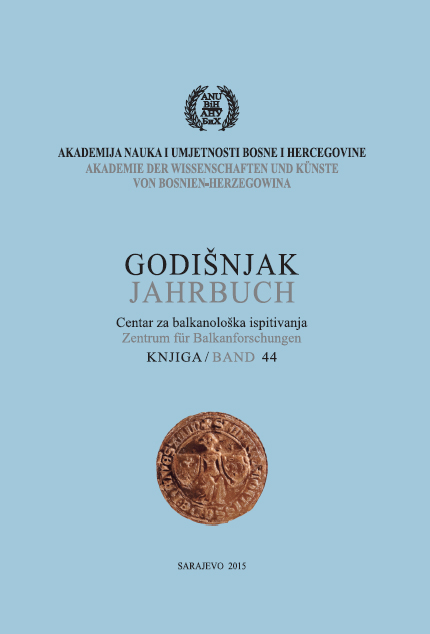 Summary/Abstract: The site of Vis is situated in northern Bosnia, in a vicinity of present-day town of Derventa. In period 1957-1959, Z. Marić conducted several archaeological campaigns and investigated approximately 120 m2. The prehistoric settlement at Vis encompassed an area of more than 8000 m2, and can be dated into the Early Iron Age, approximately from 10th century to late 9th century BC. Z. Marić defined two main phases, Vis I-II. Excavations were subsequently carried out on one of terrace/suburbia below Vis hillfort. In this paper will be presented the analyses of osteological remains – faunal remains as well as few bone artefacts. These were collected selectively during excavations; however, some data can be extracted. Faunal remains included mainly larger, identifiable or complete bones (phalanges, teeth, metapodial bones, etc.). Most of them were identified, and belong to pig, cattle, sheep, goat, red deer, wild swine. Numerous red deer and one roe deer antler were discovered. Assemblage of osseous objects included several tools made from cattle ulnae, as well as one interesting find of a possible protective plate, part of protective equipment for archers.