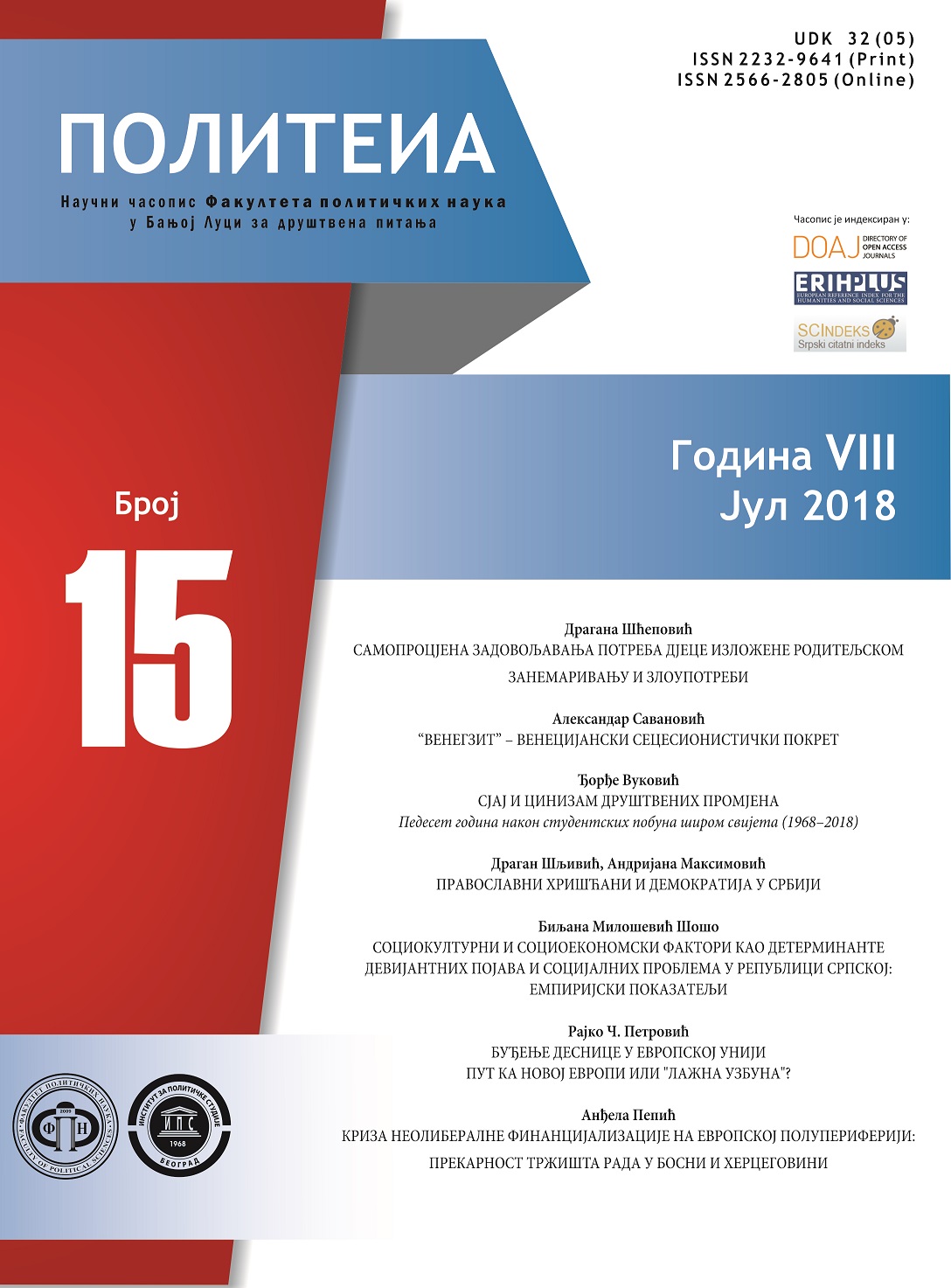 Summary/Abstract: Five decades after a turbulent year of 1968, when student's protests shook the world and caused many transformationsin its future development, the former ideas and the energy carried by those generations have been contextualized and actualized and parallels with today's political and social problems have been presented, especialy when the academic population is condemned apathy, insecurity and conformism. Although there are still contradictory and controversialinterpretations of those events, the Sixtieighters have remained synonymous for advanced and revolutionary movements, social awakening and the group for casting new hope to the citizens, inspiration in seeking for more humaneous ideas in politics and culture. Although mass protests around the world resembled one another, they all had different motives and character, especially at students' protests in the former Yugoslavia. While some stood up because of the blurred ideals of socialism, unemployment, poverty and education problems, others were openly manifesting nationalistic and separatist goals. The student protests on the territory of the former Yugoslavia were held in the 1990s, especially in Belgrade, together with protests of the opposition. Although they always had noble intentions and goals aimed at the overall interest and improvement of the position of young people, they were usually followed by various misuses.