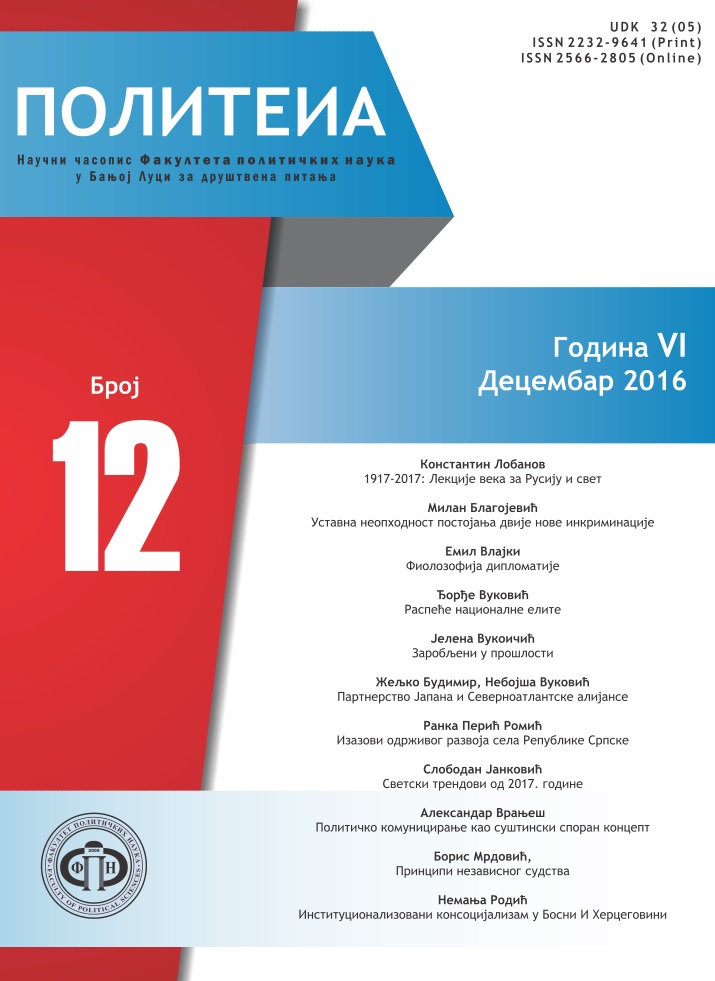 Summary/Abstract: Since the reaching of three decades of 'SANU Memorandum' affair (1986.), was the occasion to actualize and re-examine the role of the Serbian intelligentsia in political processes, in the early 2017 one more significant date happened - eight decades of appearance of Serbian Political Club (1937). As still today, one unofficial and incomplete document by a group of Serbian academics, on the eve of the dissolution of the Socialist Federal Republic of Yugoslavia, by which SANU intended to draw the attention of the Yugoslav and Serbian public to the crisis of the common state - is presented as scandalous and conspiratorial project. In the same way is evaluated the reaction of leading Serbian intellectuals on the eve of the dissolution of Kingdom of Yugoslavia - after the assassination of King Aleksandar, the rise of ustashe, the creation of the Croatian 'Banovina' and the fear sparked by the outbreak of World War II. How has the intellectual elite of the Serbian people, from the beginning of the 20th century to the present, found itself facing the double the charges for - on one hand - insufficient participation in political life, little or no announcements or critical reasoning, that its members are instead of general and national issues, concerned with particular interests, that they have become non-national, even anti-nationally oriented, while on the other hand - political, media, religious and scientific authorities of the immediate environment accuse them for full management of the political processes, that they shape ideologies, define guidelines and dictate instructions of. 'Greater Serbia' policy.