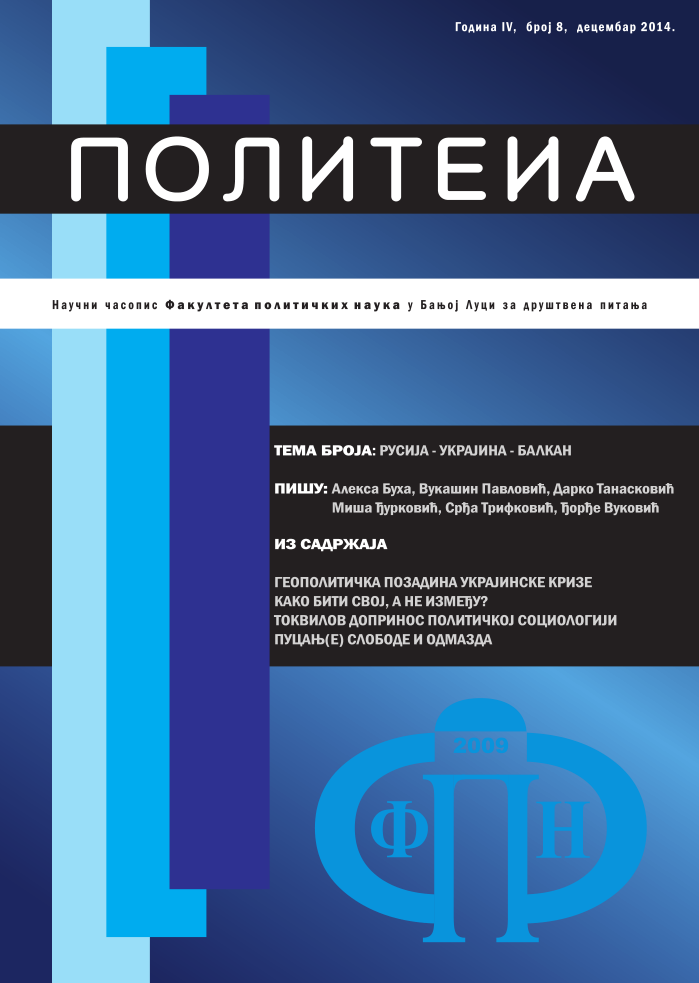 Summary/Abstract: For 100 years there have been debates about the context, causes and culprits for World War I, alongside with constant endeavors to justify German and Austrian state and national reasons for choosing the option of war, and to attribute the biggest part of responsibility to Serbian nationalism. Although the ideals of liberation and unification of South Slavic peoples had many supporters among Croats, Slovenians and Bosniaks, regional historiographies interpret the ideal of Yugoslavia as a Serbian concept, present the Sarajevo assassination in a very negative context and reject it as a symbol of common heritage. At the same time, Serbian historians affirm the belief that unification of South Slavic peoples and creation of Kingdom of Serbs, Croats and Slovenes was an act of 'liquidation' of the Serbian state and suppression of Serbian national interest for the sake of common state and an attempt to create a supranational identity which was the cause of future defeats, suffering and ideological wandering. Now, at the 100th anniversary of the beginning of World War I, we again witness shameless attacks on Cyrillic, Vidovdan, Saint Sava, Serbian cultural and religious monuments. Not even in the 21st century does the cultural and political discrimination of Serbs in the region stops, especially in Croatia and Federation of Bosnia and Herzegovina. Because of that, Serbs no longer view Bosnia and Herzegovina as their country, but, as Milorad Ekmečić claims, as a 'leftover of leftovers' of Serbian ethnic community west of river Drina, which was subjected to systematical destruction and genocide during the entire 20th century. Gavrilo Princip and the members of 'Young Bosnia', who did not consider themselves Serbian but 'Serbo-Croatian' and Yugoslavian nationalists, heroic glory carry only in Serbian collective consciousness.