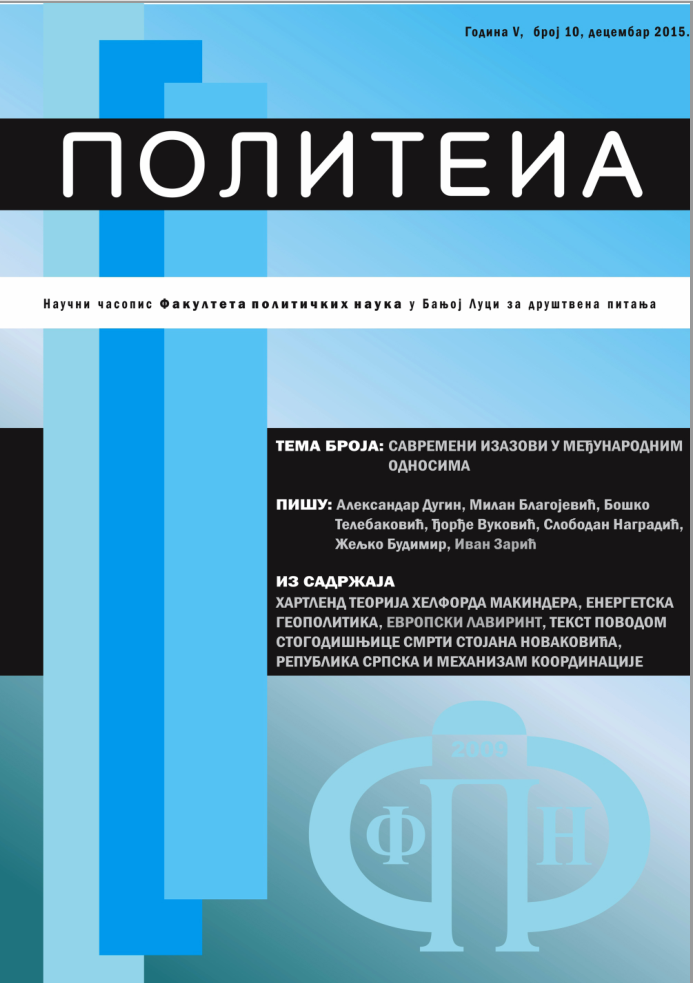 Summary/Abstract: Numerous political, national and cultural issues that are more than a century dealt with the great Serbian statesman and scientist Stojan Novakovic historical destiny again set before generation of contemporary Serbian intellectuals and patriots. In this article we will try to point out the fundamental point of view Novakovic, designed and imbued his elaborate knowledge and experience as prime minister, diplomats, parliamentarians, scientists, publicists. Novakovic highlights the signs by which not only can we fathom the significance of certain historical phenomena and processes that followed the Serbian society, but also to recognize and determine the challenges we will inevitably face and intertwine in the future. Political ideas about building and strengthening state-permanent form, the necessity of a national program, as well as cultural and educational tasks at which he testified, have a lasting, zavjetanu force, as well as the message that the national aspirations of the Serbian people should be reflected and implemented through universal human, universal values. Today's situation in Serbian society witnessed how wise and far-sighted Novakovic warnings to constitutional order and freedoms of people are losing every sense of importance and if you do not come from the universal acceptance of legality, order, permanence and serious work, diligent preservation of all violence and arbitrariness. The aim of a strong rule of law and to prevent that ever happening again arbitrariness of individuals who should be placed on her forehead. Novakovic was particularly interested in how to be 'dismembered Serbian nation' to know each other, closer and unify national culture. He notes that there is no freedom without education, making education and politics must act together.